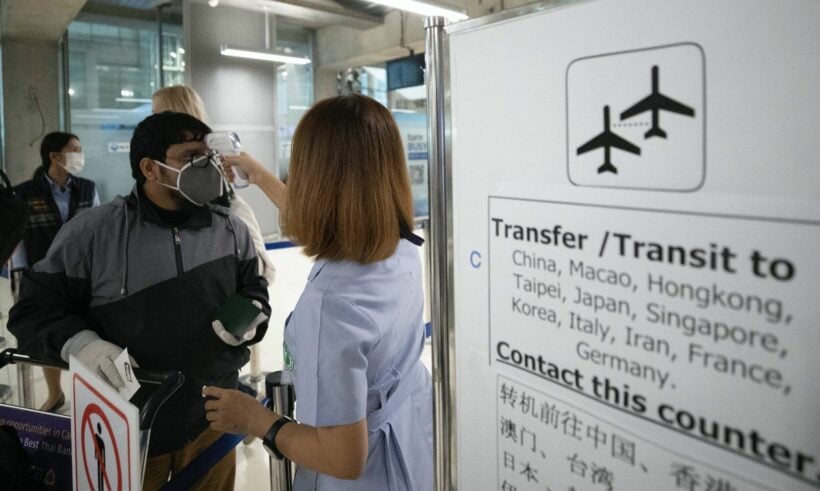 According to the CCSA, there is one new Covid-19 case in Thailand today. The man, currently in state quarantine, is a 38 year old Japanese film producer who travelled to Thailand from Japan on September 4. He has been serving his quarantine in an alternative state quarantine hotel in Bangkok. He tested positive for the novel coronavirus on September 7, but exhibited no symptoms.

Cumulative infections in Thailand, to date, are 3,447 with 3,286 recoveries and 58 deaths. 103 others are still being treated in hospital.

Chasing up the local transmission of the 37 year old DJ, health officials have tracked and traced 974 people who had been in some sort of low risk or high risk contact with the infected DJ. He was the first locally-transmitted infection in Thailand after 101 days with no confirmed local transmissions. The largest single group of these contacts are people who were at the Criminal Court when the DJ was attending his sentencing hearing before being taken away to a corrections department facility for 14 day quarantine.

Of all the 974 being traced, 118 are classified as being at “high risk”. Swab tests have been conducted on 521 of them and all were cleared of infection. Health officials will continue the track and trace process, for more people thought to have been in close contact with the man. 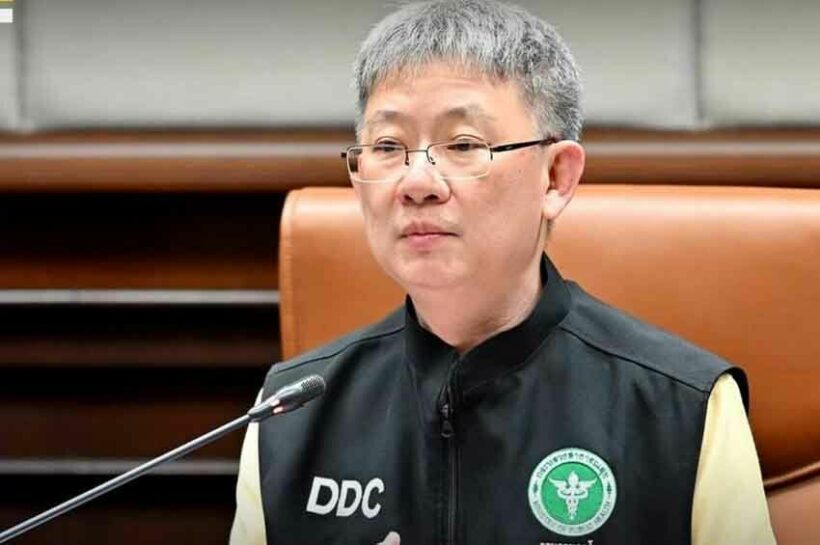 The Public Health Ministry is warning the public that partying and letting ones guard down could see daily Covid-19 infections rise to nearly 3,000. Opas Karnkawinpong from the Disease Control Department says evidence shows that the third wave of the virus which is currently spreading across the country is a result of younger people, aged 20 – 29, socialising frequently and with multiple contacts. He says it is more common during this latest outbreak to see entire families contracting the virus as a result.

His warning comes as officials outline the 5 most likely scenarios they envisage following the long Songkran holiday.

Scenario 1
If nightlife and entertainment venues are allowed to remain open, the country could see an average of 9,140 cases a day.

Scenario 2
If entertainment and nightlife is closed in high-risk, “red” provinces only, officials expect an average of 2,996 daily infections.

Scenario 3
If nightlife is closed and private parties are curtailed, average daily new infections could drop to 934.

Scenario 4
Daily new Covid-19 cases could drop to 593 if all entertainment venues are shut, private parties are cancelled, and public gatherings are curtailed.

Scenario 5
Average daily new infections could drop to 391 with the closing of nightlife and entertainment venues, the cancellation of private parties, a reduction in group activities, and a move to working from home.

Meanwhile, Deputy PM Wissanu Krea-ngam is dismissing the possibility of curfews in red zone provinces, claiming “it is not needed”. Wissanu maintains that the colour-coded zones are “efficient at this stage”.

Last week, officials did computer modelling that showed, in the complete absence of disease prevention measures, with people left to live their lives as normal, the number of new daily infections could exceed 20,000.

The Centre for Covid-19 Situation Administration meets this afternoon to discuss the implementation of additional Covid-19 restrictions, widely believed to include a ban on the sale of alcohol in restaurants and eateries having to close at 9pm in “red” provinces. 18 provinces have been designated as “red” or maximum control zones, but this number is expected to rise.

The Health Minister insists the AstraZeneca vaccine will remain Thailand’s primary Covid-19 jab, despite concerns over rare side-effects. Some countries have suspended its use, while Denmark is the first country in Europe to abandon it completely. However, Anutin Charnvirakul says it’s up to each country to make their own decisions and Thailand is pressing ahead with the jab.

“There are many factors for each country whether to use or not use the vaccine. But we have expertise to closely monitor the vaccine information. We base decisions on scientific knowledge, not news. If something happens, we will let the public know. Please do not worry about it.”

Thailand is ordering vaccines from a limited number of manufacturers, primarily AstraZeneca and China’s Sinovac Biotech. According to a Bangkok Post report, the Kingdom is purchasing 71 million doses of the AstraZeneca jab and 2 million doses of CoronaVac, the vaccine from Sinovac. The rollout is expected to begin in June, with health officials aiming to inoculate 35 million people (half the population) by the end of the year.

However, the challenge will be gaining the public’s trust, as countries around the world express concerns about the very rare risk of blood clots that appears to be associated with adenovirus vector vaccines, such as AstraZeneca and Johnson & Johnson. The single-dose vaccine from Johnson & Johnson is the third vaccine to be approved for emergency use in Thailand, but the US has just suspended its use following a number of blood clot incidents similar to the AstraZeneca cases.

Meanwhile, the World Health Organisation and the European Medicines Agency insist the benefits of the AstraZeneca vaccine outweigh the risks of very rare blood clots. In the UK, the vaccine has been widely administered as the country sets its sights on achieving herd immunity, with Anutin pointing out that infections there have dropped considerably.