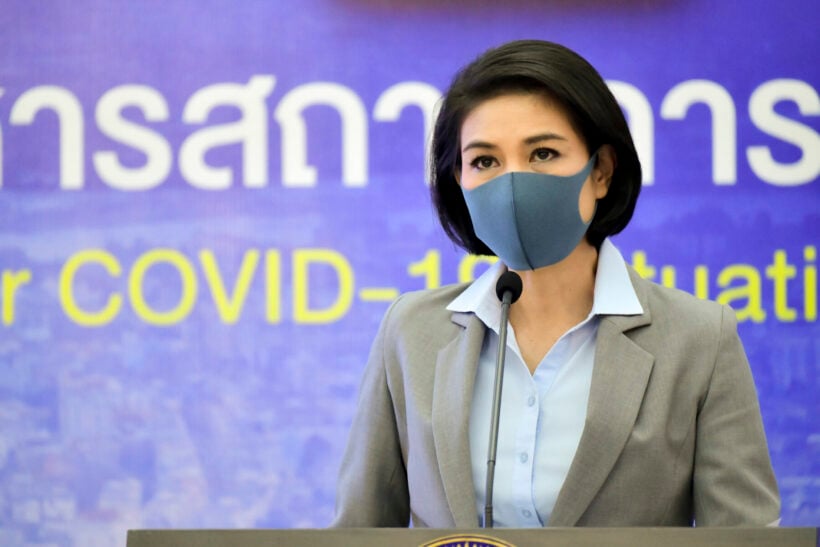 With talk of an end to the Emergency Decree, which was put in place to combat Covid-19 and extended several times, the government is looking into imposing a new disease control law and transitioning the Covid-19 task force, which was formed under the emergency order, into a new body.

According to the Bangkok Post, the government said the Centre for Covid-19 Situation Administration, which is known as the CCSA, will continue its role as leading the country’s efforts to contain Covid-19. A new disease control law will replace the emergency decree and a new Covid task will form under the law.

“As the general state of emergency has been used for some time now, (the government) has found that it doesn’t exactly fit the public health emergency the country is dealing with now. As such a specific law is required to replace the general state of emergency… When the new law is in place, a body even larger than the CCSA may be established if needed, so it doesn’t really matter if the CCSA is dissolved or not.”

MrStretch
I said this the other day when they began whispering about doing away with the CCSA, it's just another opportunity for Prayut and his minions to press their thumbs down even harder on Thai society. The only difference here is…
Jason
You've got to wonder, why the need to change? Maybe it gets them out of another meeting they have to have everytime the emergency decree has to be extended??

HappyExpat
Meet the new boss. Same as the old boss.

MrStretch
Of course, we really don't believe it, as the CCSA has extended its "control" over dark red provinces until the end of September.
Griff1315
Same Same but this time not different.

Secure your future and protect your health with cancer insurance