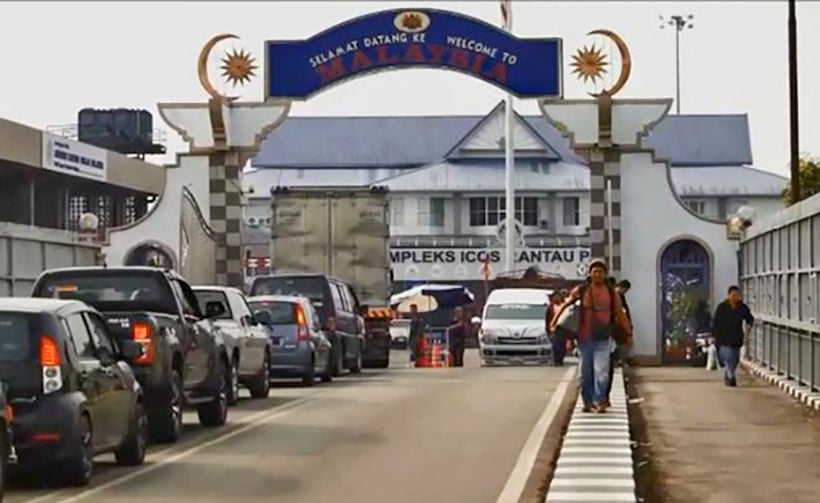 After Malaysia announced its nationwide lock down, the Thai Fourth Army commander Lieutenant General Pornsak Poonsawat, who is also director of the Region 4 Internal Security Operation Command, has announced the temporary closure of the customs checkpoints in Narathiwat, along the Thai/Malaysia border.

He went to inspect the Sungai Kolok customs checkpoint in Narathiwat. After seeing that only Malaysian nationals are allowed to enter the country, to help combat the spread of Covid-19, he then issued an order closing all 13 temporary checkpoints in Narathiwat, effective from 5am yesterday (Tuesday).

Lieutenant General Pornsak has ordered temporary border closures for checkpoints with Malaysia to remain closed from March 18 – 31. The border closure is a response to Malaysia’s lock down of all borders. Those who want to enter Thailand from Malaysia during the closure period can do so only at three permanent checkpoints, in Sungai Kolok, Buke Ta and Tak Bai.

Yesterday scores of Thais, who had been working in Malaysia, began returning to their homes in the southern provinces, after the Malaysian government decided to lift the drawbridge and shut its borders.