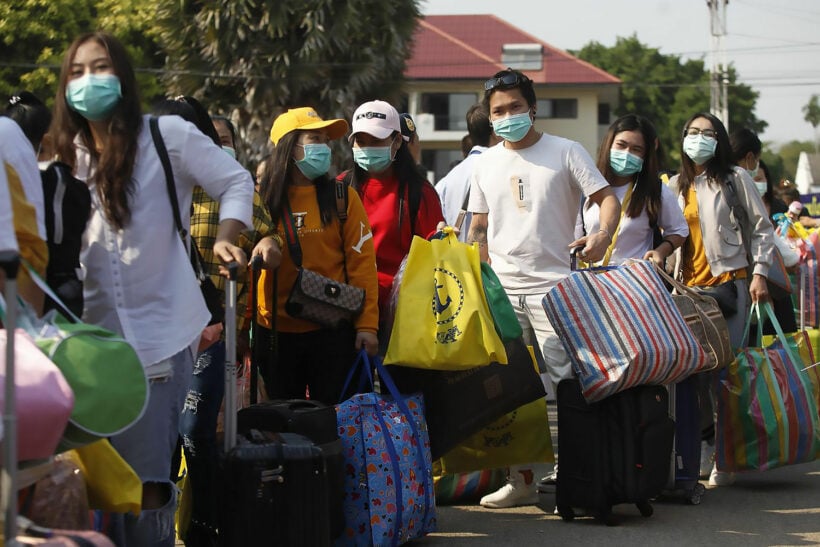 PHOTO: A total of 137 people walk out of the quarantine facility at the Sattahip Naval Base in Chon Buri yesterday - Wichan Charoenkiatpakul, Bangkok Post

Thailand wants Israel to reconsider its decision, announced Tuesday, to ban Thais from entering the country in a bid to control the spread of deadly coronavirus (Covid-19). Israel banned all non-Israelis who have been in Thailand, Singapore, Hong Kong and Macau in the previous 14 days. Previously, Israel’s health ministry had imposed only a 14-day house quarantine on visitors from the four areas.

As a result of the ban, the Labour Ministry will be forced to postpone sending Thai workers to Israel under an employment cooperation project between the two countries. Pannabha Chandraramya, the Thai ambassador in Tel Aviv, met Gilad Cohen, deputy director-general for Asia and the Pacific at Israel’s Ministry of Foreign Affairs, to explain Thailand’s measures to prevent and control coronarivus and clarify the outbreak situation in Thailand. Thailand hopes Israel will review the ban after learning about the measures, given the good relations between the countries.

The vast majority of virus cases are in China; only 35 cases have been confirmed in Thailand, 17 of whom have made full recoveries and been discharged from hospital. Thailand has had no fatalities related to the virus.

Meir Shlomo, Israel’s ambassador to Thailand, told reporters yesterday that the Israeli Ministry of Health’s decision was aimed at preventing the spread of the Covid-19 to Israel. He says Israeli ministries are following developments closely and re-assessing the situation in Thailand and other countries and territories daily.

“No one knows at this stage how long the current situation will last.”

However, Schlomo says the two countries will “continue to share information and preserve a spirit of mutual confidence, as they have done in so many fields for so many years”

“Several thousand Thai tourists, businesspeople and workers in agriculture travel to Israel every year. We do hope they will all be able to reschedule their flights and travel to Israel in the very near future.”