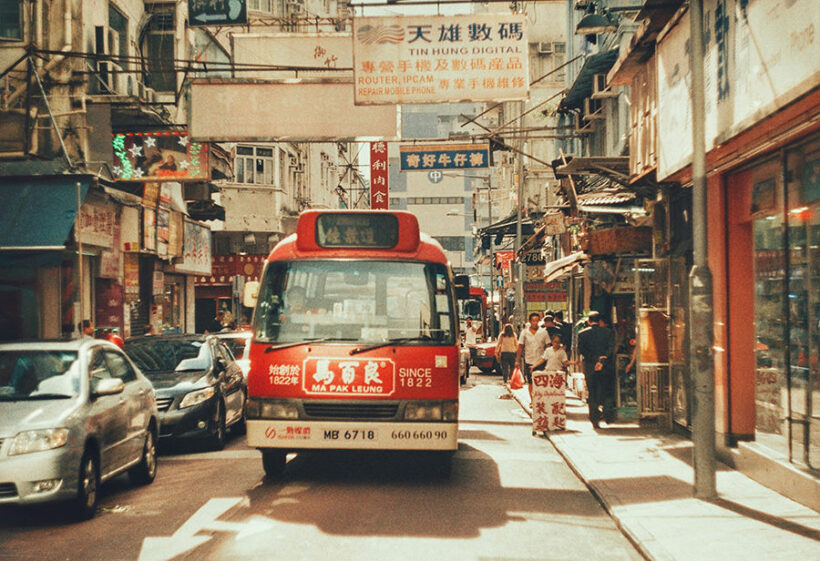 Hong Kong officials are rowing back on a decision to extend a ban on restaurant dining to daytime hours and will now allow tables of up to 2, until 6pm. The move comes after photos went viral of workers having to balance takeaway boxes on the backs of cars, or on narrow ledges along the side of buildings. Some were forced to seek shelter under bridges while trying to eat their lunch in the rain.

A report in Coconuts says Chief Secretary Matthew Cheung prompted outrage when he initially dismissed the problem by saying workers could take their lunch back to the office or find a park to sit in. Furious critics of the ban have pointed out that thousands of key workers, including cleaners and construction workers, do not have an office or a park nearby.

Satirical cartoons have begun circulating, scornful of the apparent ignorance of Hong Kong officials. One shows Chief Executive Carrie Lam alongside Cheung, as both dine on a lavish spread in a first-floor office, while outside their window, construction workers eat in the rain. 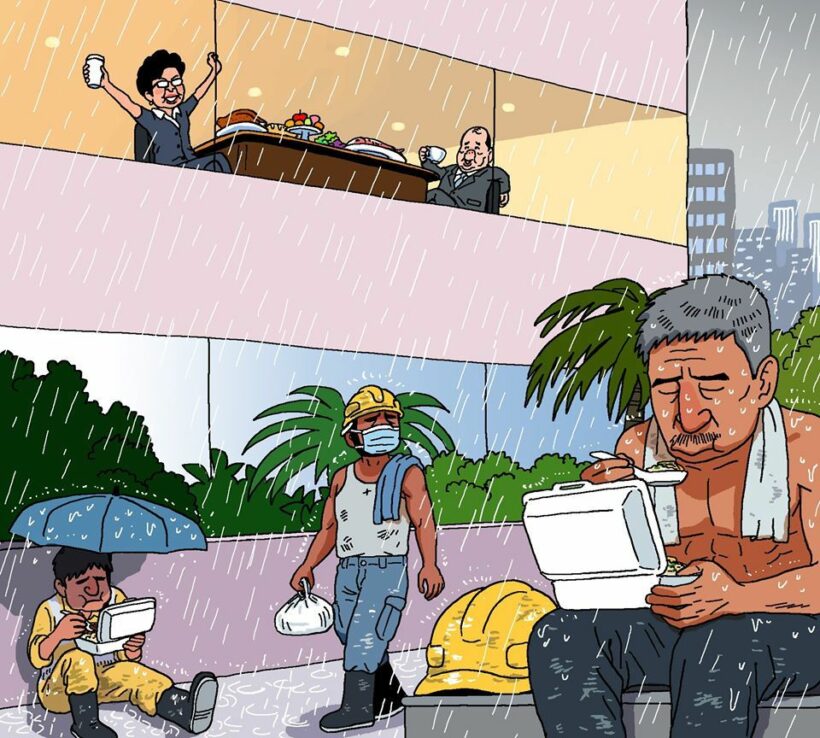 Authorities have now acknowledged the challenges posed by the daytime ban, pledging to provide 19 community halls across 18 districts, in which people can eat their lunch between the hours of 11am to 3pm. The concession comes after a number of businesses, including currency exchange shops and hair salons, have offered to open their doors to workers who have nowhere to eat, providing they observe social distancing and leave once they’ve finished their lunch.

The government is now reverting to its original ban on evening restaurant dining, with eateries only permitted to offer takeaway food from 6pm. During the day, diners can once more eat-in, provided there are no more than 2 to a table.

Europe bans US travellers for 2nd time in a month