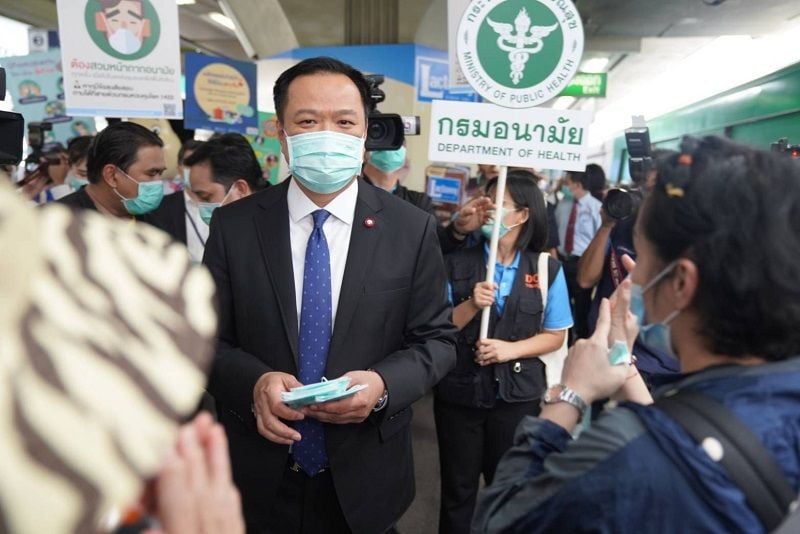 Guess who called first dibs on the locally brewed coronavirus vaccine? Public Health Minister Anutin Charnvirakul. Apparently he wants to be the first person to try out the vaccine the Chulalongkorn University’s National Vaccine Institute has been working on.

If he goes through with it, Charnvirakul would be next up for a jab after the monkeys. The National Primate Research Centre has run experiments on monkeys and will have the results ready by next Monday.

National Vaccine Institute director Nakorn Premsri says the mRNA-type vaccine being developed by Chulalongkorn University’s Faculty of Medicine is being tested in monkeys over the past month.

In an April report from the Bangkok Post, human trails would involve more than 10,000 Thai participants. A potential vaccine probably won’t be available to the public until next year.

Transport Minister Saksayam Chidchob told reporters the health minister wants to be the first to get the experimental vaccine, but Charnvirakul hasn’t said it himself yet. Although it’s not too surprising from Charnvirakul, who is known for his spontaneous statements, like saying foreigners should be kicked out of the country for not wearing a face mask.