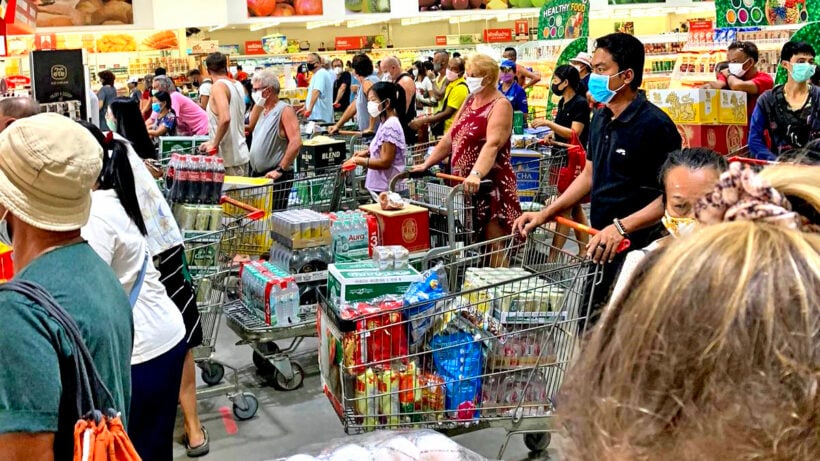 With the alcohol ban having been lifted in all but a handful of provinces, government officials are warning retailers and consumers that the restrictions on what time alcohol can be sold still remain in place. It comes after one wholesaler in Nonthaburi, just outside Bangkok, was found to be selling alcohol outside of the legally authorised hours of 11am – 2pm and 5pm – 10pm.

As Covid-19 restrictions are gradually being eased across the country, the nationwide ban on the sale of alcohol for home consumption was partially lifted on May 3, with the exception of a few provinces.

Buyers are also being reminded that the sales is for take-away only and cannot be consumed in public. Restaurants are also advised that they are unable to service alcohol at this stage as part of their services.

Supermarkets and convenience stores are now permitted to sell alcohol within the usual authorised hours, with officials from the Department for Disease Control carrying out inspections at various premises in Bangkok and Nonthaburi provinces to ensure compliance.

The big chains such as Makro, Tesco Lotus and Big C were all found to be complying with the law, with employees saying alcohol sales are still very high following the lifting of the ban and stock sells out very quickly. However, one wholesaler in Nonthaburi was found to be selling alcohol outside of the time restrictions, the punishment for which is a 10,000 baht fine and/or 6 months’ imprisonment.