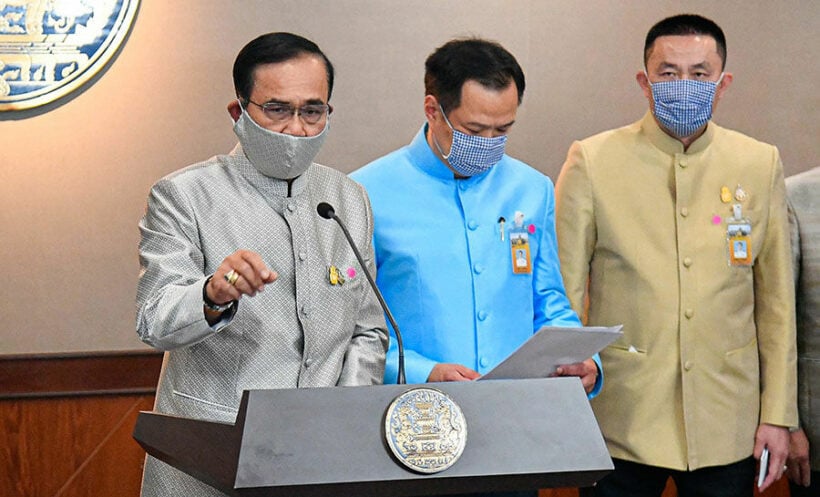 Any hopes people may have had of seeing lockdown restrictions eased for some low-risk businesses and social activities at the start of May have been dashed by Thai PM Prayut Chan-o-cha. The PM issued an order, published in the Royal Gazette last night, mandating all provincial governors, including the governor of Bangkok, to delay their plans to ease the measures until further notice.

The latest executive order, signed by PM Prayut Chan-o-cha, stipulates that all measures in place under the emergency decree are to be extended until May 31.

Although there has been discussion of the individual provincial governors deciding whether or not to ease some of the restrictions in place in their jurisdictions, this latest development looks like it may prevent any such moves.

Bangkok had been considering the opening of various establishments, including restaurants, under strict conditions. There had also been a much-talked about 2 day “window” in which it was hoped the alcohol ban might be lifted on May 1 and 2, enabling drinkers to replenish their home bars. This is now looking less likely.

Many Bangkok residents, who had plans to get out of the city for the public holiday long weekend, will probably have to stay at home instead.

The rate of Covid-19 infection in Thailand continues to decrease, but the PM warns the country to remain vigilant, saying he is concerned about the possibility of a second wave. The latest executive order seems to indicate he wants to remain “safe, not sorry”. 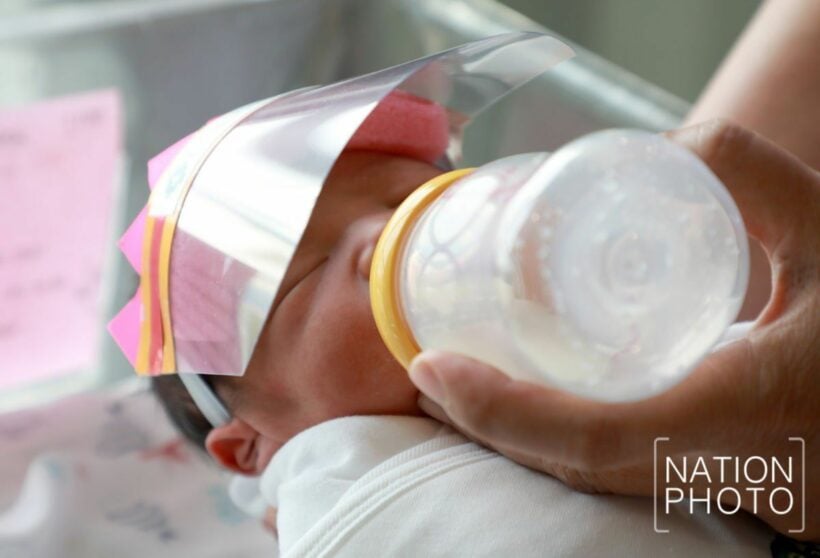 While Bangkok hospitals say they are protecting newborn babies from the coronavirus with baby-sized face shields, health authorities in the US disagree with the move, and even claim it could be dangerous.

The US Centre of Disease Control says an infant face shield could increase the risk of sudden infant death syndrome as well as suffocation or strangulation.

Since infants and newborns often toss and turn in bed, the nose and mouth could become blocked by the face shield and suffocate, according to a CDC report on the matter.

“Parts of the shield can also get caught around the neck and cause them to suffocate.”

They say that there is no data supporting the use of infant face shields for protection against the coronavirus.

SOURCE: US Centre of Disease Control

Don’t go to Pattaya’s beaches unless you’re willing go to jail or pay a hefty fine. Starting tomorrow, the city’s beaches will be closed until the end of May in an effort to prevent socialising and to slow the spread of the coronavirus.

Pattaya’s police posted photos on Facebook of the taped-off beaches and warning signs.

“Those who try to access the beach could face a year in jail or an up to 100,000 baht fine. People and tourists are prohibited from gathering in the areas between 9am and 9pm during the three-week period.” Police in Chon Buri province’s Sattahip subdistrict, south of Pattaya, raided a party last night at a house with 10 people, most of them from out of town and described as domestic tourists. The gathering was a direct violation of the Emergency Decree enacted to stop the spread of Covid-19

Na Jomtien police were notified by a “concerned citizen” that there was a noisy party at a house in a housing estate at 9:30pm. They arrived at the house, knocked on the door and were greeted by 37 year old Paruehat Tampanon, who said he’s renting the house for several days, and that he and his friends were staying there for 2 days.

Na Jomtien police discovered 9 other people inside the house, 2 of whom tested positive for illegal drugs, police say, without naming the specific drugs. Many bottles of alcoholic and other beverages were found.

Paruehat claimed he did not know that Chon Buri still has strict social distancing measure in place and bans private parties. He also claimed all 10 people know each other and live with each other so there was be no threat of spreading the virus.

The owner of the house, 35 year old Piyanuch Ignatov, was charged with illegally operating a hotel and disobeying a Chon Buri order. (Rentals of fewer than 30 days are technically not allowed under Thai law.)

All those arrested face stiff Emergency Decree penalties, which means fines of up to 100,000 baht and/or up to 2 years in jail.