The Thai Public Health Department have announced another 14,260 infections and 119 Covid-related deaths over the past 24 hours. 655 cases have been detected in Thai prisons. Notably, Phuket registered 21 new infections, pushing it close to its threshold of 90 new cases in a week whereby officials would consider the future of the Sandbox (70 over the past 7 days).

Even though the main hotspot is Bangkok and the adjacent central Thailand provinces, the major growth of new cases is across the whole country and provinces, outside of the capital.

4,099 patients are currently in critical hospital care and 4,099 people remain on ventilators.

Here are the provincial totals, thanks to the NBT… 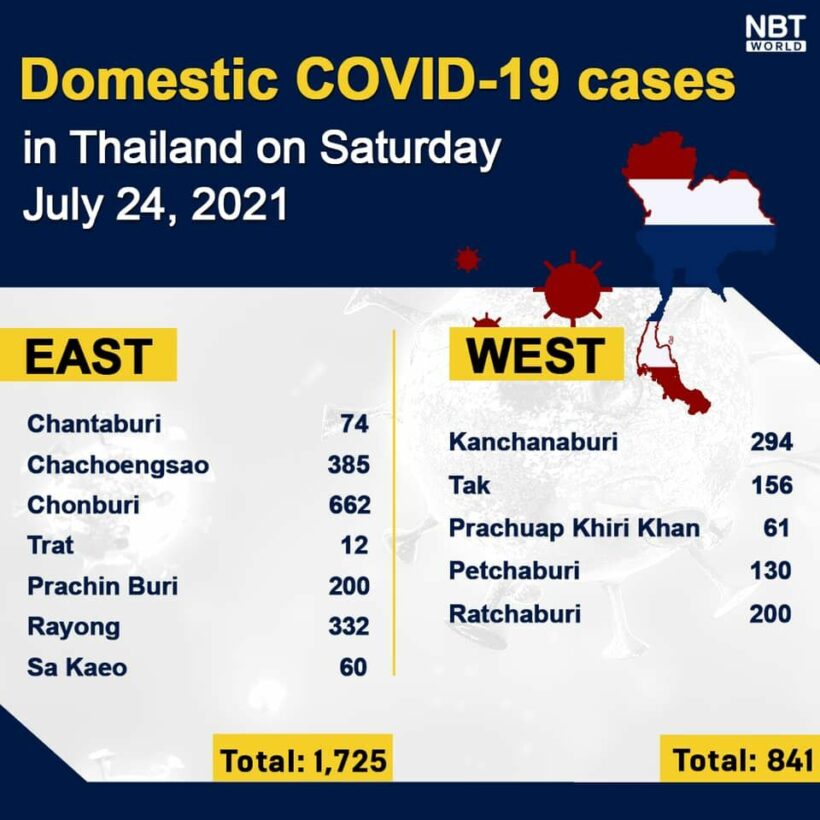 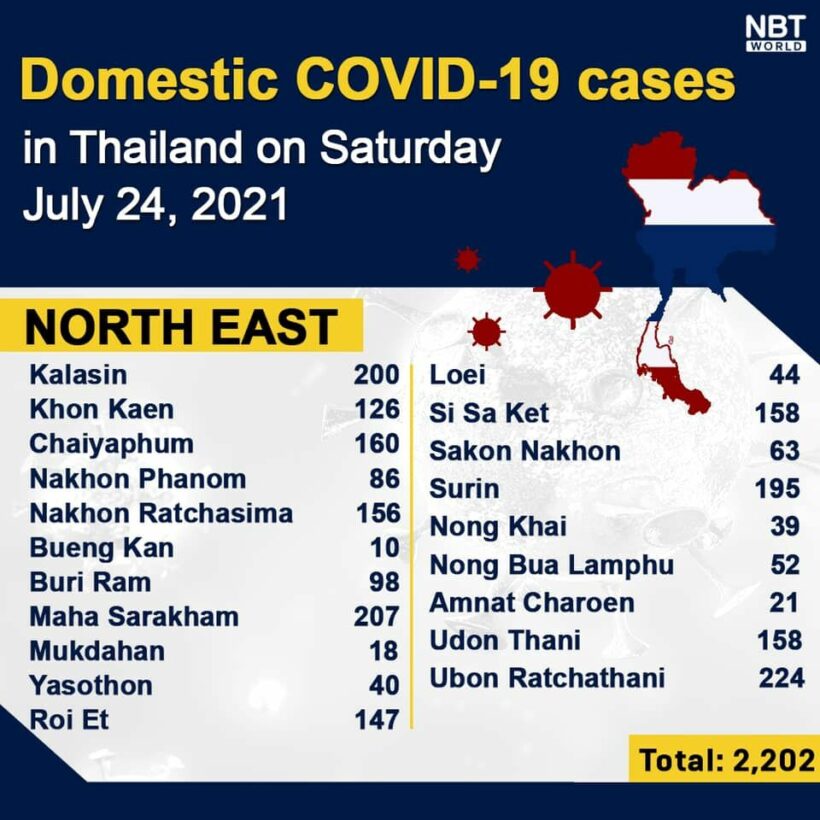 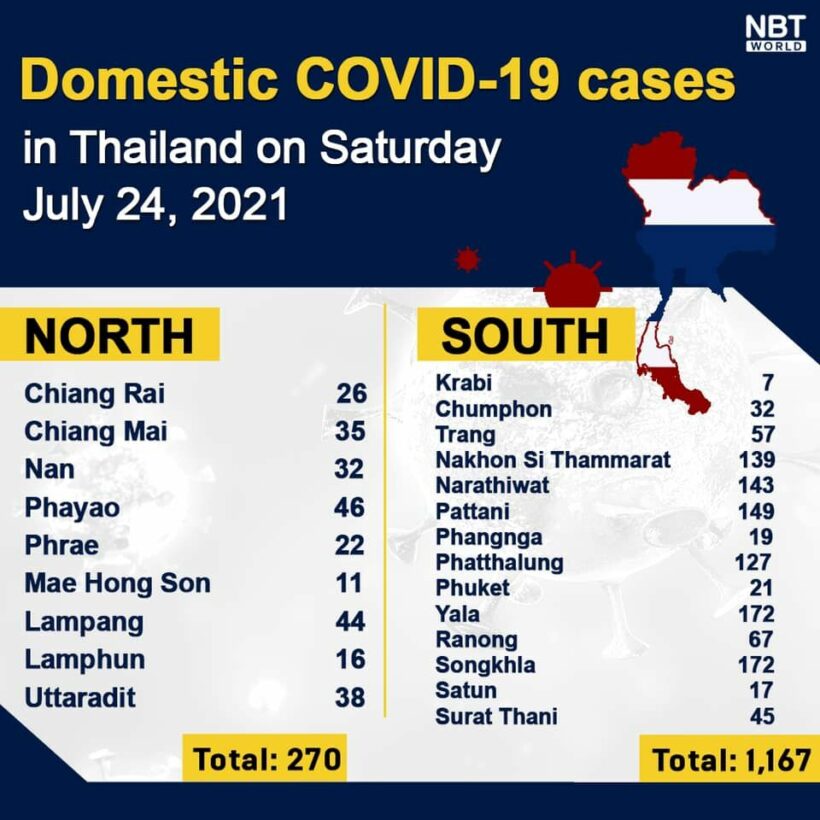 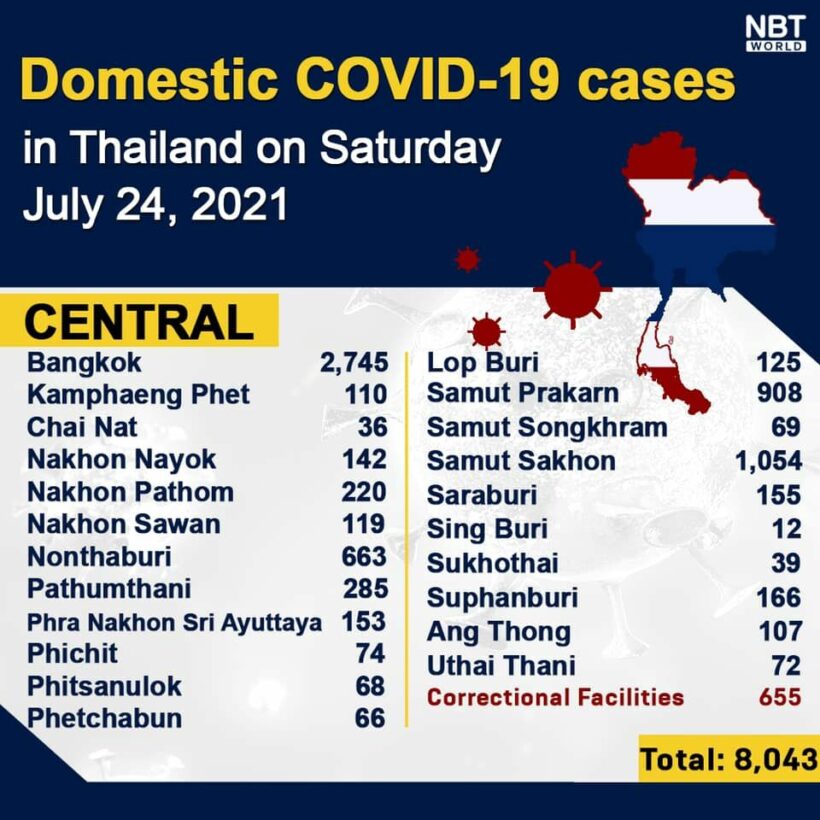 • The Ministry of Foreign Affairs has registered 2,661 foreigners and expats aged over 60 years of age. They are now waiting for their vaccination date to be sent to them. You can register HERE but do so soon as the next vaccination targets will be called for registration soon.

• An extension to Thailand’s Emergency Decree has been announced. It’s the 13th extension and will be in place until September 30, another 2 months of the orders which give the Thai government and PM sweeping powers to act without parliamentary permission or debate.

• The Public Health Ministry says the Sinovac Covid-19 vaccine is more than 90% effective in preventing infections and severe symptoms. The announcement follows a study of Thailand’s recipients of the Chinese vaccine.

The study was conducted in Phuket, Samut Sakhon and Chiang Rai provinces and also included DDC staff and employees.

The report says that 2 doses of the CoronaVac vaccines from Sinovac Biotech can provide 88.8% protection against infection and was 84.9% effective against severe lung infection. They also declared that a single dose of AstraZeneca provides 83.4% protection.

They also declared that the Sinovac efficacy against the Covid Delta variant is “also stable, and laboratory tests also prove that a booster dose and mixed doses can boost immunity at a faster and higher rate”. BlueSphinx
13 minutes ago, Loongtip said: When the "tests" aren't worth the packet they come in and the supposed "virus" has never been isolated, purified and identified, NONE of these unsubstantiated "infection numbers" or "cases" are of any relevance! It is…
Loongtip
On 7/24/2021 at 10:19 AM, Remi said: Why do they post every day the the number of people they have tested positive or have died from what they call covid related deaths. We know the PCR testing equipment is not…
Loongtip
9 minutes ago, BlueSphinx said: Largely true!  I would argue that the only number of relevance is the one of those exhibiting covid-like symptoms of illness that warrant hospitalization. What "covid like symptoms" are you talking about? Do you mean…
Stonker
33 minutes ago, Loongtip said: NONE of their false "numbers" are of any relelevance. Nor are your false claims.