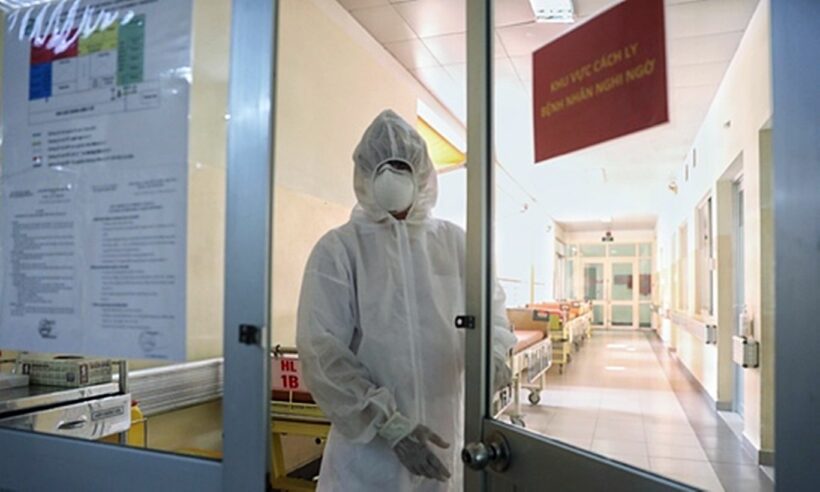 This morning (10am Thai time) more than 308,000 people are now infected with the novel coronavirus worldwide, and that’s only the people who have been tested and identified.

The most worrying rises have been in the US, Spain, Italy, Germany and France. In the US the number of cases has pushed the superpower into third position, behind China and Italy, with the most number of cases. In Italy, four weeks after a lockdown of towns and borders, the number of cases continues to surge – yesterday Italy recorded 793 new deaths in the past 24 hours.

A global recession is looming as governments impose additional restrictions, businesses close down (either because their governments have closed them down or just to protect their employees) and citizens struggle to find a new ‘normal’ amongst the evolving chaos.

In Thailand there are currently 411 cases, 89 were announced yesterday. The Bangkok government, and surrounding provinces, have announced many closures. More about those HERE.

Here are some snippets from around the world…

China has confirmed six new deaths and 46 additional cases. None of the latest cases were reported from Hubei province, the ground-zero of the outbreak in December 2019. This the fourth straight day that Hubei province has reported no new cases.

Chinese officials say that, of the 46 new cases, 45 were imported, bringing the total number of imported cases to 314.

China’s National Health Centre reports that 72,244 patients in mainland China have recovered and been discharged.

• Italy has now closed all non-essential factories. Italy’s health system is currently completely overwhelmed with the recent surge of cases. The Italian PM says that factories not involved in producing food or medical equipment must shut.

“The country is facing the most severe crisis since WWII.”

• In Spain the Spanish PM Pedro Sanchez asked his citizens to “remain strong. The worst is yet to come.”

“All Bolivians should be at home 24 hours a day, and only one person per family can leave at a time to go shopping.”

• Major events around the world continue to be cancelled or at least postponed. Countless art institutions, museums and galleries have temporarily closed their doors. The Louvre in Paris, which houses the famous “Mona Lisa,” is closed until further notice. A blockbuster exhibition marking the 500th anniversary of the death of Italian Renaissance painter Raphael was suspended days after opening in Rome.

UK organisers have pulled the plug on the annual Glastonbury music festival, which was meant to be celebrating its 50th anniversary.

In New York, the curtains remain down and the lights are out on Broadway. Performances are now cancelled until mid-April at least. The Met Gala, one of the world’s biggest fashion shows, has been postponed.

• The former Real Madrid president Lorenzo Sanz died yesterday from the novel coronavirus. He was 76. Sanz had been in intensive care since the beginning of the week while being treated for the virus.

• Australian PM Scott Morrison will meet with health officers and representatives of state education boards to decide an action plan on school closures in Australia. The meeting will commence at 6.30 tonight.

It comes as south eastern states,Victoria and New South Wales push for a lockdown of all non-essential activities, including a school shutdown from Tuesday. Australia currently has recorded 1.072 cases and 7 deaths.

More airline cancellations as options dry up for stranded visitors