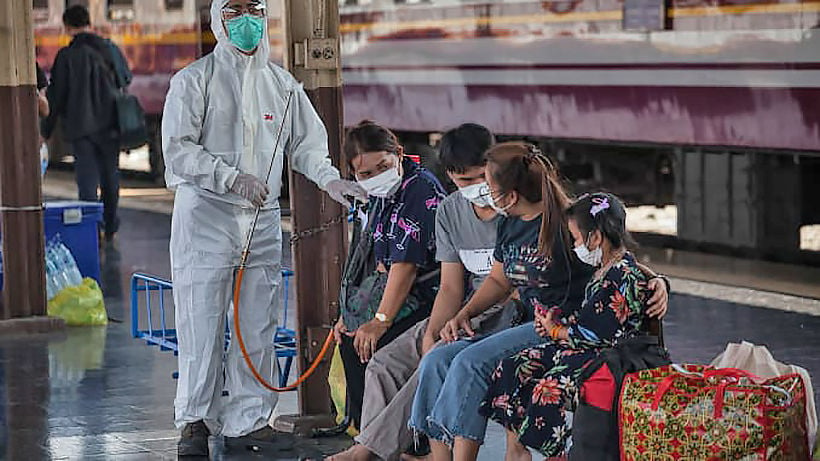 The Centre for Covid-19 Situation Administration this morning reported 2 new cases of Covid-19, both returnees from the US, bringing the national total of confirmed cases to 3,330 since the outbreak began in January. A CCSA spokeman said the new patients are a 42 year old man aged 42 and a woman, aged 62, both Thai nationals. They arrived on July 31 on the same flight as a previously confirmed case, and were quarantined in Chon Buri province. They tested positive for Covid-19 on Tuesday, but were asymptomatic.

So far, 4,739 people have been repatriated from the US and 9.4% of them have tested positive for the virus. Of the total 3,330 cases, 3,148 have recovered, including 4 discharged over the past 24 hours, and 124 patients remain at hospital. The recovery rate stands at 94.5%, while the death toll is unchanged at 58 since June 2. As of today, Thailand has gone 73 days without a locally transmitted case of the virus.

Thailand now ranks 112th by the number of confirmed cases, the CCSA reports.