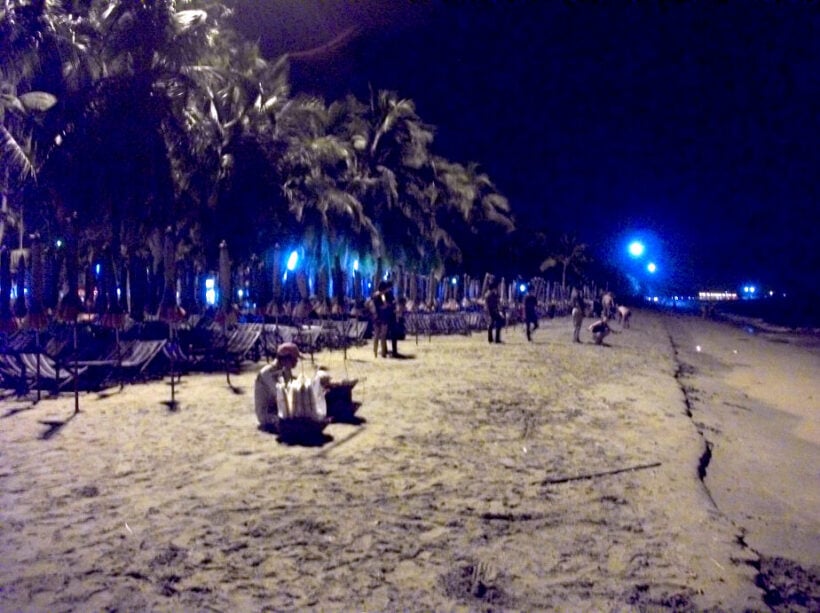 PHOTO: Bangsaen Beach has been closed to night visitors. (via Wikimedia)

As Chon Buri and Pattaya work to contain and reduce Covid-19 infections, beaches and a market area have been ordered to close indefinitely. Last night, the Chon Buri Public Relations Department released a new round of closure orders, affecting beaches and Market areas. The Royal Thai Navy also joined in on the closure orders, announcing a string of beaches in the naval area that they will close.

The Public Relations Department announced that Bangsaen Beach will now be closed every evening, beginning at 8 pm and reopening in the early morning at 4 am. Chon Buri officials ordered the closure after repeated violations of the Covid-19 rules banning gathering and drinking. Many people living in the neighbourhoods around Bangsaen Beach have complained about young people gathering at night on the beach, drinking and partying all night.

The announcement also ordered the closure of Pongsak Market in Meung Chon Buri on Ratprasong Road. Closing the market area includes all shops, stalls, and businesses that are operating within the facilities there.

The Pongsak Market closure has a set expiration of July 10. The order to close Bangsaen Beach, however, has no fixed date for the order’s expiration, so the beach will remain closed indefinitely.

At the same time, in an order unrelated to the Chon Buri closures, the Royal Thai Navy announced a list of beaches in the Sattahip area that they will close temporarily. The beaches in the area have been part of naval land since Prince Abhakara Kiartivongse, often called the Father of the Royal Thai Navy, procured the coastline protected my many small islands for King Rama V in 1922 and set up the naval base there.

11 beaches in total will be closed, along with the Khai Phramaha Jetsada Ratchajao Beach Sea Turtle Conservation Centre:

AussieBob
Unfortunately, this is what could happen on Phuket and Samui if the numbers keep rising across Thailand. Hopefully the islands will become safe zones with very few new cases of C19 - and the tourists will slowly come. Thai people on…

bushav8r
Phuket Sandtrap will draw foreign tourists as well as Thais.  Would suck to travel to Thailand only to be infected with covid when one's home country seems to have it under control.