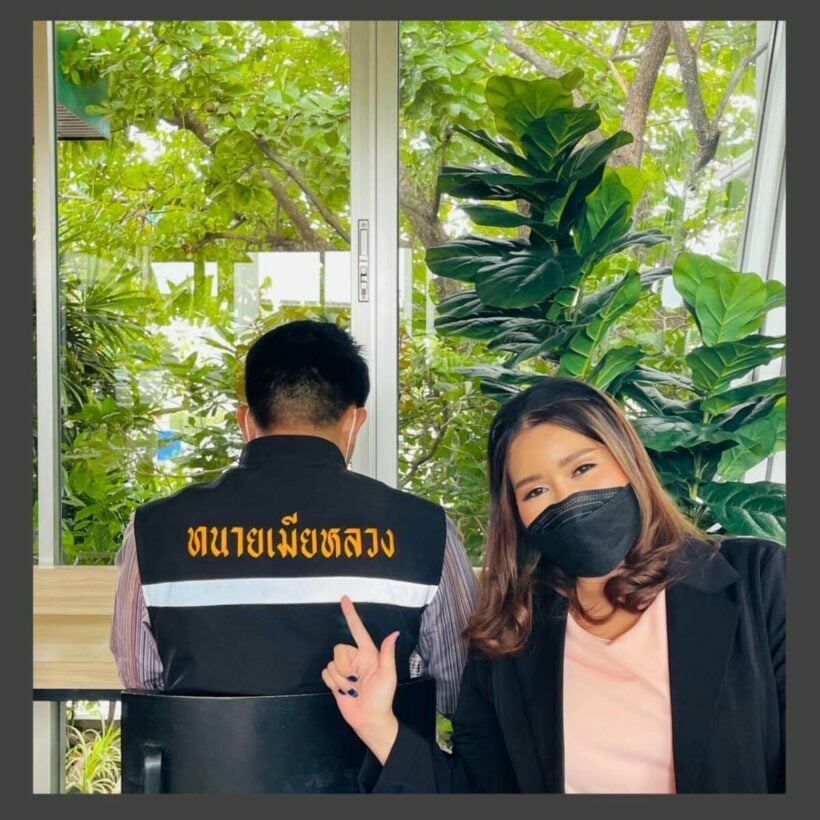 She has been shamed by the whole country all throughout the media. This is worth more than the money that she must pay.

A woman in the Central province of Chai Nat, has won a case against her husband’s mistress with Juvenile and Family Court ordering ordering the mistress to pay 200,000 baht in damages to the “rightful wife”.

33 year old Nipaparn, also known as “Joy” (as in, I’m overjoyed you have to pay me 200,000 baht) used her wedding certificate to prove she was the rightful wife to her husband, who is a police officer in the Chai Nat province.

Nipapan has been married to her husband for a reported 16 years and has 2 kids with him. However, the trouble in paradise was revealed when pictures of the husband arguing with his wife at the wedding went viral. Nipapan was reportedly chased out of her husband’s wedding to the mistress back in February.

Logically, the wife filed a case with the court asking to be compensated by the mistress to tune of 300,000 baht. There was also news that the mistress planned to countersue the original wife for 2 million baht. The mistress says Nipapan caused her shame. The wife countered with a “message” that she was indifferent to the mistress’s report as long she paid her (Nipapan) the compensation she requested. It is unclear what she was being compensated for.

Then, fate smiled on Nipapan (outside of the matter of the husband trying to marry his mistress). Nipapan posted a message on her Facebook that stated:

“The feeling after knowing that I won is worth more that 300,000 THB. She has been shamed by the whole country all throughout the media. This is worth more than the money that she must pay. I am more beautiful now and that is worth more than 200,000 THB with the interest. I must thank this experience. Say goodbye to the old days and welcome my new face”.

She has also thanked everyone who supported her and had a message for all women:

“Today, he has already exercised his legal rights and satisfied with the verdict I want all women to use their rights. Don’t let the marriage certificate be just one piece of paper. But better come out and exercise your rights”.

SOURCE: All Sure News Thai Residents

AussieBob
Such a different world - and I also agree with the outcome - about time women paid - rolling on the floor and laughing out loud.

bushav8r
I was going to post something about topless ladies...maybe better stick to painted ladies and bottles of wine
Leeshard
16 hours ago, TobyAndrews said: I am confused. Was this a case of bigamy? If so is there no law against that in Thailand? Anyway this is a JOYfull outcome. The mistaken mistress has to pay. About time a woman…

King Cotton
1 hour ago, Leeshard said: A ‘wedding’ in Thailand is merely a ceremony involving monks and usually with a party for all the village afterwards. In the eyes of society they are considered to be married whereas in fact they are not.  For…
Joe
Only in Thailand. While in many states in the US there are charges if a married person lives with another as husband and wife it is usually a misdemeanor and they really must flunt it to get the plice to…