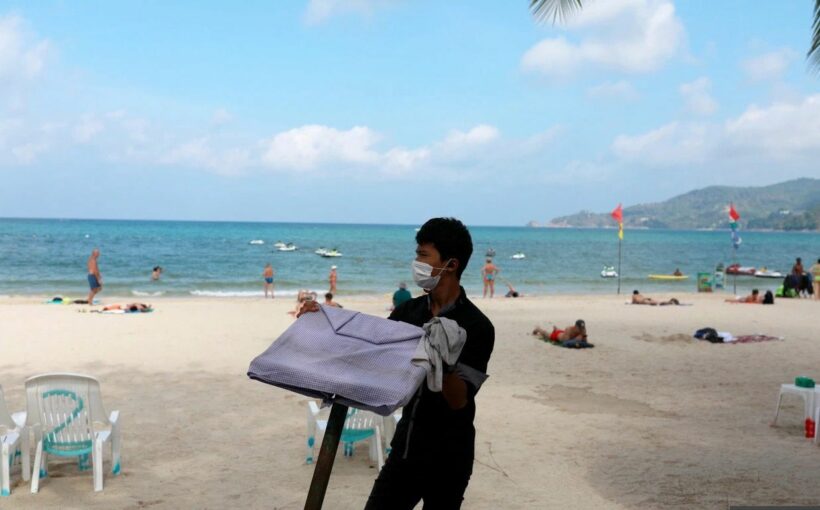 Authorities in the southern island province of Phuket today announced that 3 more members from a Canadian are among 7 new confirmed Covid-19 coronavirus infections. The new cases include a 37 year old Canadian woman, her 2 year old son and 4 year old daughter. All are believed to be infected by the woman’s husband, and children’s father, also a Canadian who was confirmed as infected yesterday.

The couple are both teachers at an international school in the province.

Another new infection, a 69 year old Australian man, was in contact with 40 people in his capacity as a hotel manager at Khao Lak in neighbouring Phang Nga province.

The others are all Thais, two of them working in the Patong entertainment area, a hotbed for infections in Phuket.

With 69 cases, Phuket province has the third largest number of infections in Thailand, after Bangkok and adjoining Nonthaburi. It’s one of 4 southern provinces for which all inter-provincial public land transport has been suspended. They include Pattani, Yala, Narathiwat and Phuket. All of Phuket’s beaches, schools and universities have been closed and residents told to wear face masks at all times when in public places.

Buriram quarantine violators to be housed at racetrack