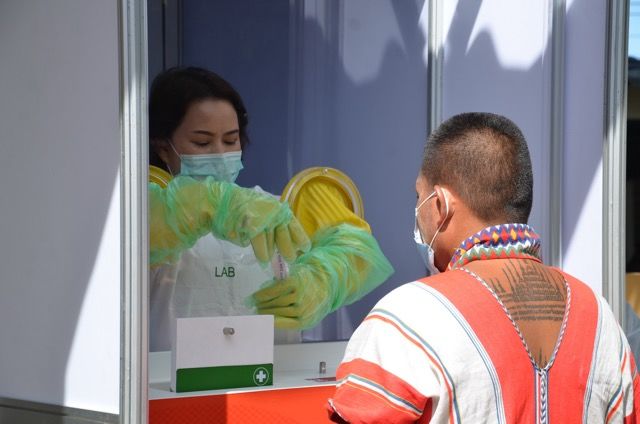 Border patrol police camps might be turned into quarantine bases for migrants workers employed through a labour program, but the government just needs the officers’ permission first. The plan would provide employers a cost efficient option for the mandatory 14 day quarantine and Covid-19 testing whilst allowing for migrants to return to work in Thailand since fleeing back to their homes across the borders during the local outbreak in April and May.

The migrants are allowed to enter the country as part of a labour program to help with worker shortages, and typically the employer pays for the quarantine costs. The quarantine hubs would be a cheaper option while also maintaining health standards, according to Labour Minister Suchart Chomklin. He says they just need to get the “okay” from border police before turning their camps into quarantine spaces.

Migrant workers have been an important engine for Thailand’s construction and agricultural industries with millions taking up the jobs many Thais consider ‘lowly’.

In Chanthaburi, some longan fruit plantation owners have quarantine space on site, Suchart says. He adds the on-site quarantine will serve as an example for other border province employers looking to hire migrants.

Outbreaks in the neighbouring countries Myanmar and Cambodia have led Thailand to increase border patrol in fear that the virus might spread into the country by those crossing the border illegally. Dozens of migrants have been arrested in the recent weeks, many saying they are entering Thailand for work.

Safety precautions are also in place for those coming in close contact with those from neighbouring countries. Head of Ranong’s port security centre Nat Charatsakun says 100 cargo vessels enter the province daily with hundreds of Burmese crewmen on board. He says they follow strict measures to make sure there is no physical contact between Burmese crewman stopping by and Thais who work at the ports.