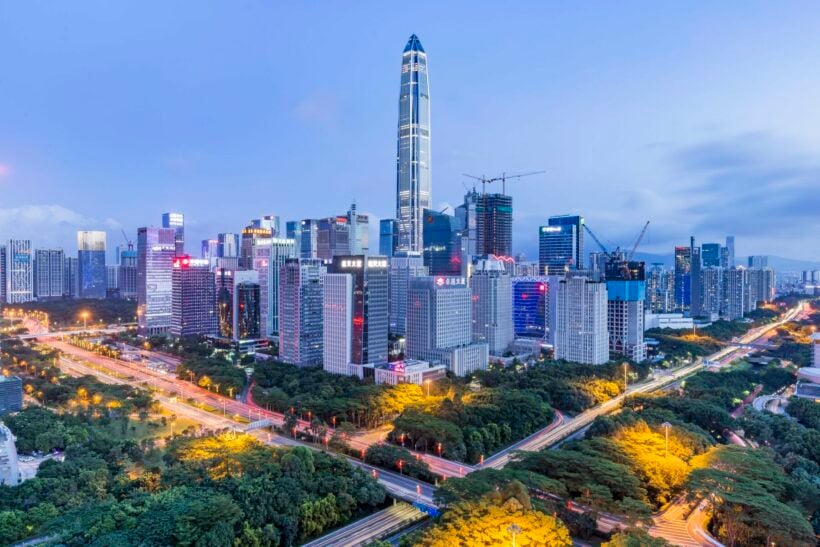 These 1,133 Shenzhen billionaires make up 34% of the world’s 3,381 billionaires. This is despite the fact China lost 160 of its billionaires in a government crackdown last year. The crackdown was on major e-commerce companies. China also curbed lending on over-leveraged property developers.

Still, China leads the world in its number of billionaires, according to the Hurun Global Rich List. While Beijing is ranked #1 with 144 “known” billionaires in residence, Shanghai comes in at second place with 121. Shenzhen came in third with 113 billionaires. New York has 110.

According to Forbes‘s “China’s 100 Richest 2021”, Zhong Shanshan is the richest person in China, with US$65.9 billion. Shanshan chairs a bottled water company called Nongfu Spring. He dropped out of elementary school during the country’s Cultural Revolution, and started working in construction. Shanshan then landed jobs as a news reporter and sales agent, before he finally founded his own business. Whilst dropping a large wallop of his total wealth in last week’s China stock rout, he still maintains his position as China’s richest man.

The second richest person in China is Robin Zeng, chairman of Contemporary Amperex Technolog. CATL is one of the world’s largest suppliers of batteries for electric vehicles. Forbes lists him as having a net worth of US$50.8 billion.

Poolie
24 minutes ago, Tim_Melb said: Nothing like the German Democratic Republic. More like Hitler's Nazi German. In fact most CCP members hold Hitler up as an example of a good and strong leader. Do they now? I'd like to see…

longwood50
Just goes to show you how being a Socialist country can end wealth disparity. That is why the USA is so evil in that its citizens only enjoy one of the highest standards of living in the world versus the…
HiuMak
2 hours ago, Poolie said: Do they now? I'd like to see a few examples of that. It's the mustach. A new fashion statement😃

Poolie
18 minutes ago, HiuMak said: It's the mustach. A new fashion statement😃 It hasn't reached my part of the Orient yet. 😃

Myanmar to reopen April 17 to travellers from abroad