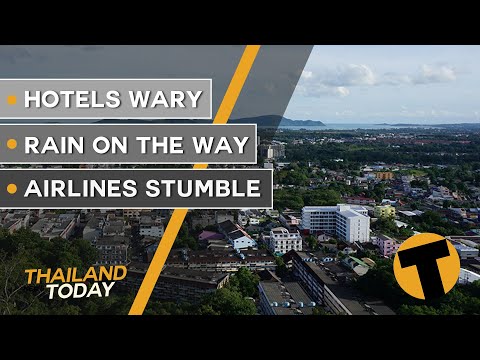 As news comes of the cabinet approving a special long-term tourist visa scheme, hoteliers are remaining skeptical about reopening due to the lack of clarity in the recent announcement which will reportedly kick off next month.

The president of the Thai Hotels Association’s southern chapter says more hoteliers will consider reopening if the government gives further information about the plan in terms of prospective markets, arrival dates, origin countries, and flights. At this stage the government has signalled that they only accept charter flights which would severely limit the countries that could participate at the moment.

Around 90% of Phuket hotels reportedly remain closed and are revising their plans on a monthly basis to ensure any future income will not fall behind operation costs.  In Chon Buri, the Tourism Council says only half of the 200 registered hotels have reopened, with up to 20 hotels applying to be on the list of the 14 day quarantine experience.

There are currently no international flights into either Phuket International Airport of U-Tapao which services Pattaya.

In the North, only 30% of hotels having reopened-some reporting an occupancy rate of around only 10%.

Emergency services are on high alert after the Tropical Storm Noul approaches the Vietnamese central coast around Da Nang in the next 24 hours and is then set to drift across into north-eastern Thailand over the weekend.

The Agriculture Minister says a disaster plan is in place to help prepare for possible emergencies from the effects of the storm which strengthened from a tropical depression to a tropical storm 2 days ago.

Vietnam officials are considering evacuating half a million residents near its central coastal region.

What’s the risk of spreading Covid-19 if borders are reopened? None apparently, just as long as tourists go through a 14 day quarantine when they enter the country.

This, according to the Thai Department of Disease Control. Now that long stay tourist visas have been approved by the Cabinet, the DDC deputy director general says the move will not raise the risks of local Covid-19 cases. He says those visitors are required to stay at state quarantine facilities for 2 weeks so any Covid-19 cases can be contained during that time. But his optimism has been tested recently…

A football player from Uzbekistan, who flew into Thailand last month, tested positive after he was released from 2 weeks of quarantine.

Another possible local transmission is a 2 year old Burmese boy who tested positive for Covid-19 after returning to Myanmar from Thailand.

2 weeks ago there was the case of the 37 year old DJ who was identified as positive during a routine test at a corrections facility in Bangkok. He hadn’t been out of the country this year.

No surprise that one of the biggest industries to suffer from the border closures and travel restrictions was the airlines. The carriers are restricted to the routes and have lost an entire sector of their businesses – the international flights.

The Covid-19 pandemic crippled the industry and some say they’re barely surviving. They say the Thai PM promised a lifeline of billions of baht in soft loans, but he hasn’t followed up and they’re still waiting for a bail out. At the same time, tax reductions on jet fuel are ending, which will dramatically increase operating costs, they say.

Last month, PM Prayut Chan-o-cha agreed to allocate 24 billion baht in soft loans to 7 of Thailand’s domestic budget airlines, but there’s been no word on how or when the money would be allocated. Thai AirAsia, Thai Smile (the domestic ‘budget’ offshoot of Thai Airways), Thai Lion Air, Thai Viet Jet, Bangkok Airways and Nok Air all requested aid.

Students protesters are moving forward with rally plans September 19 at Bangkok’s Thammasat University despite failing to get permission from university administration.

The campus, known as Tha Phrachan, has been chosen before for such rallies and some students are reportedly threatening to break into the campus if they have to.

The United Front of Thammasat and Demonstration Group has made waves recently for their anti-government protests with student leaders saying they will camp overnight if necessary. The group’s ongoing demands, to reform the Thai monarchy, has put them at loggerheads with other student protest groups and Thai conservatives.

The group plans to march to the Government House and may even spread out across the Royal ceremony field of Sanam Luang across the street from the university campus. The Thaiger will be reporting live from the protests and have a full video report next Monday.

The winning number from yesterday’s bi-monthly Thai lottery was 244083 making instant millionaires out of some lucky Thais. A winning ticket receives 6 million baht.

The winner of a massive 48 million baht – 8 winning tickets – is Paisarn, a 36 year old car salesman from Chaiyaphum Province. He’s single (although we suspect he will get plenty of offers soon) and works at a Toyota showroom in the Chaiyaphum city area… for now anyway. How he ended up buying the tickets is a great story which you can read at thethaiger.com