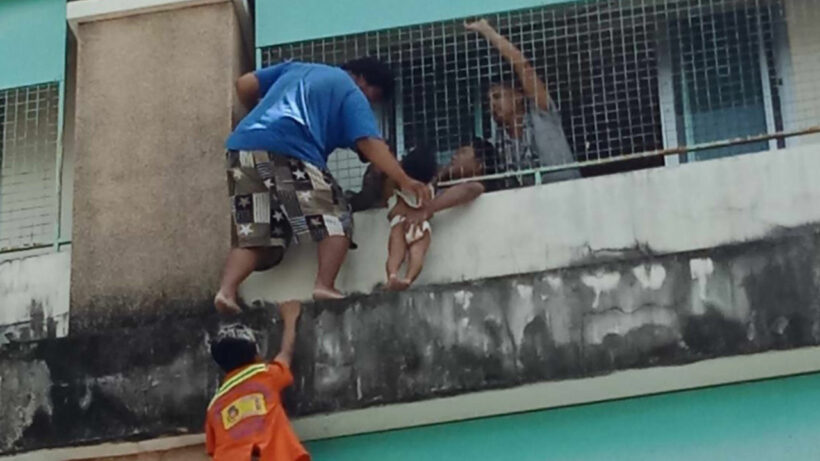 A 2 year old girl who managed to get out of her fourth storey room and onto a ledge was helped by a motorbike taxi driver who was parked below the Bangkok building. The motorbike taxi driver, known as a ‘win’ driver, was just playing on his phone, waiting for a customer when he heard someone crying. He looked up to see the crying child high up on a ledge of a building in southwest Bangkok’s Bang Khun Thian district.

The driver, 45 year old Somjit, ran into the building, went through a vacant room, and knocked down a door. A gated barrier separates the balcony from the ledge and the driver was able to reach out and grab hold of the child. A rescue team arrived on the scene and got the child down.

The father had left for work and the mother, who sells the spicy papaya salad known as som tam, had gone to the market. The mother told police that the 2 year old was asleep when she left. The girl often wakes up and goes downstairs to see her grandmother.

The mother says she’s confused about how the child got out of the family’s room because there’s a barrier. She asked her daughter what happened. The 2 year old told her mother a man had invited her to get ice cream. 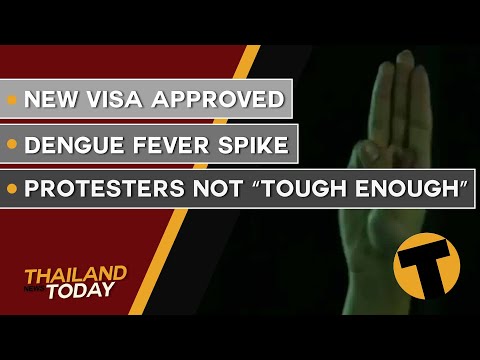