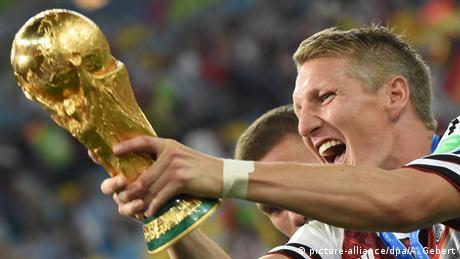 But few have caused as much discussion as the scheme to play the World Cup twice as often.

Former Arsenal manager Arsene Wenger, now head of global development for football’s governing body, has become the figurehead of the proposal. He told the BBC he is ready to “take that gamble” in order to “make football better.”

Better for who? That’s a complicated question but it’s crystal clear that it will benefit FIFA’s sponsors and consolidate the power of Wenger’s boss, Gianni Infantino, the FIFA president.

FIFA’s own survey found that a majority of fans, across all age groups, favored keeping the World Cup as it is over any proposed alterations. But, given the location of next year’s World Cup and the persistence of VARs, the position of fans on FIFA’s list of priorities has been clear for some time.

The players? Wenger, who has been granted a handpicked selection of recently-retired stars from key markets and FIFA voting blocs to spread the gospel, claims a reduced qualification schedule will relieve some of the burden of travel and fixture overload that have become even more of an issue in recent years.

While FIFA obviously had no control over the pandemic, they did when deciding the World Cup would be played in the middle of the European season for the first time in history. While not all leagues follow that schedule, the majority of the players who will likely play in Qatar ply their trade in Europe.

The Nations League, introduced just three years ago, is run by continental associations during FIFA’s international match windows and has bloated the football calendar further, for little gain. It has remained in place despite the fixture squeeze.

Some national and continental associations, major domestic leagues, players and club managers have also expressed misgivings, though those who would clearly benefit from more chances to qualify buck the trend. But, money, power and politics aside, is there any merit?

Well, there is for some. While the existing expansion of the tournament to 32 teams will offer opportunities to more nations, there are plenty of regions in the world who feel they still miss out. Asia, for example, is home to half the world’s population but has only four berths at the World Cup compared to Europe’s 13.

While a redistribution of wealth from FIFA’s coffers to raise the standard in parts of the world away from the traditional superpowers in South America and Europe should be a priority, the tournament is not fundamentally just about participation, it’s about sport and winning.

Stories like South Korea in 2002, Cameroon in 1990 or Bulgaria in 1994 capture the imagination because such success is so hard to come by and so rare.

That bring us to the matter of saturation. Football is already a constant presence. The thwarted European Super League showed there’s little appetite from fans to see the same fixtures over and over again and, despite the presence of smaller nations in the early stages of the tournament, that’s largely what World Cups become.

Scarcity is a hugely underrated quality. If Bayern Munich played Real Madrid three times a season, the Champions League would lose some of its lustre, so too the World Cup.

For all that Wenger and Infantino pay lip service to player welfare, fans and developing football nations, this is about money and retention of power. Unlike UEFA, who make plenty from the Champions League, the World Cup is FIFA’s most lucrative cash cow. They are in danger of milking it dry.