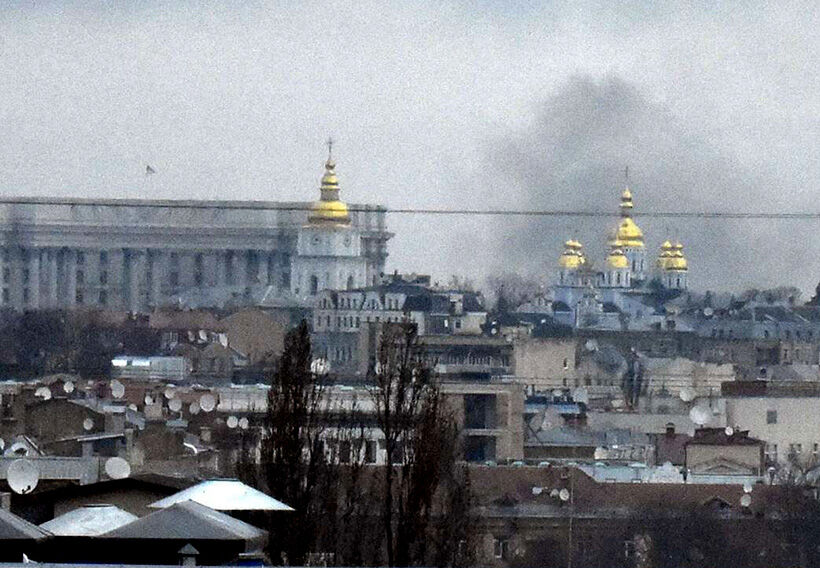 • US broadcasters, CBS News and ABC News have joined the ranks of news outlets suspending their work in Russia after President Putin announced new sanctions for international broadcasters in Russia.

President Vladimir Putin signed the new law saying he would impose prison terms of up to 15 years on people charged with spreading “fake news” about the war in Ukraine. Specifically, broadcasters would be prevented from sing the term “war” when discussing the Russian incursion into Ukraine.

BBC, CNN and Bloomberg have also suspended their operations in Russia.

• At the Opening Ceremony of the Paralympic Games in Beijing, the International Paralympic Committee president Andrew Parsons called for peace. But a large chunk of his message was censored by the Chinese broadcaster for the event, CCTV.

“Tonight, I want to begin with a message of peace. As the leader of an organisation with inclusion at its core, where diversity is celebrated and differences embraced, I am horrified at what is taking place in the world right now,”

“The 21st century is a time for dialogue and diplomacy, not war and hate.”

• More than 1.2 million people have fled Ukraine to neighbouring countries, according to the UN.

• The US has flown B-52 Stratofortress bombers into Eastern Europe and exercised with the German and Romanian militaries in response to the Russian invasion of Ukraine. They flew over NATO’s eastern flank yesterday.

The enormous bombers flew out of RAF Fairford in England and conducted “close air support and integration mission training”.

They then flew on to Romania.

• US and NATO officials say they’ve noticed a “pronounced shift” in Russia’s current strategy in Ukraine and claim that Russia now appears “poised to bombard cities into submission”.

According to a NATO strategist…

“The heavier weapons are not just heavier in their in the weight, they’re also heavier in terms of the damage that they can inflict. And they’re far less discriminant. So, more casualties.”

“It is a very crude approach.”

According to a US official….

• A video has been released from the control room at Ukraine’s Zaporizhzhia nuclear power station, the facility that was attacked and taken by Russian forces on Thursday night.

An announcement is made on a PA system aimed at the Russian soldiers amassing outside.

“Stop shooting at a nuclear dangerous facility. Stop shooting immediately! You threaten the security of the whole world!”

“The work of the vital organs of the Zaporizhzhia station may be disrupted. It will be impossible for us to restore it.”

“Stop shooting at a nuclear hazardous facility! Attention! Stop it!”

• Ukraine’s President Volodymyr Zelensky has condemned the NATO decision to rule out a no-fly zone over his country. Zelensky described NATO’s summit on Friday where the decision was made as, “a weak summit, a confused summit”.

“NATO has deliberately decided not to cover the skies over Ukraine.”

“We believe that NATO countries have created a narrative that closing the skies over Ukraine would provoke Russia’s direct aggression against NATO. This is the self-hypnosis of those who are weak, insecure inside, despite the fact they possess weapons many times stronger than we have.”

The UK leader said that Brazil was a “vitalal ly” during WW2, and that Bolsonaro’s voice was “crucial” in this moment of crisis..

A spokesperson for the British PM said that both leaders agreed on “demanding an urgent ceasefire” and that “peace must prevail”.

• US oil prices have surged to the highest level in nearly 14 years. US crude was up another 7.4% yesterday after finishing the turbulent week at US$115.68 a barrel. That’s the highest closing level since September in 2008, just a week after the infamous implosion of Lehman Brothers that led to the last major world financial collapse.

Crude oil is nearly 26% more expensive than just before Russia’s invasion of Ukraine 9 days ago.