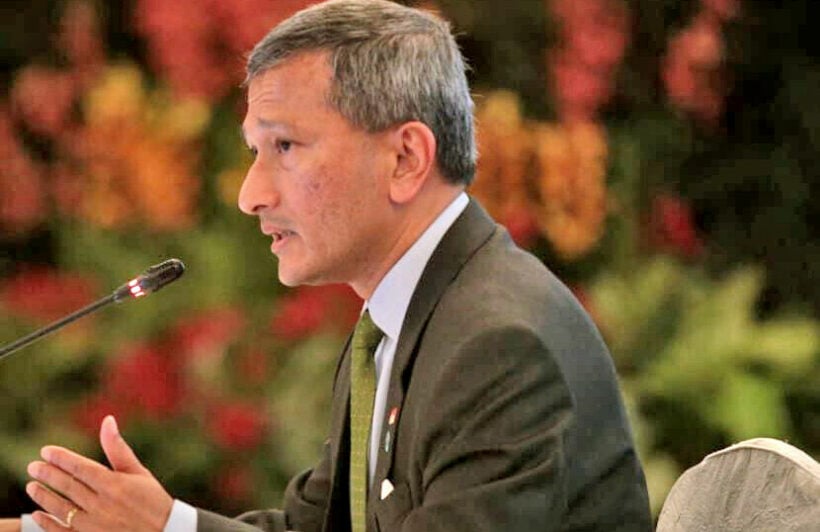 As Singapore imposes unilateral sanctions on Russia, the country’s minister of foreign affairs is calling on China to use its powerful influence to pressure Russia to stop its invasion and violence in Ukraine. The minister, Vivian Balakrishnan, said China’s “characteristics” would help it reason with Russia.

“I hope they will assert their influence with Chinese characteristics, which means quietly and discreetly, but effectively”.

Minister Vivian warned that China’s decisions in the coming days and weeks could decide the future of the world’s economy. He added that it will result in “decades of instability” for Russia.

While Vivian hopes China will influence Russia, he said the world will have to wait and see if if it does. Vivian said, however, that he was pleasantly surprised by how many ASEAN countries, including Thailand, voted at the UN to condemn Russia, with only two countries abstaining. He insisted that he is not looking for China, nor the US, to be a ‘godfather’ to South east Asia.

Singapore was the first South east Asian country to impose unilateral sanctions on Russia after its February invasion of Ukraine. This was a rare move for Singapore, as it doesn’t often sanction other countries without binding United Nations Security Council approval.

“Little Singapore is standing up for principles and expressing a hope for the rules of engagement for this new era”.

Poolie
I mean nothing that they can be accused of by big brother America throwing their weight around. No other elements that Blinken can use to make trouble as usual.