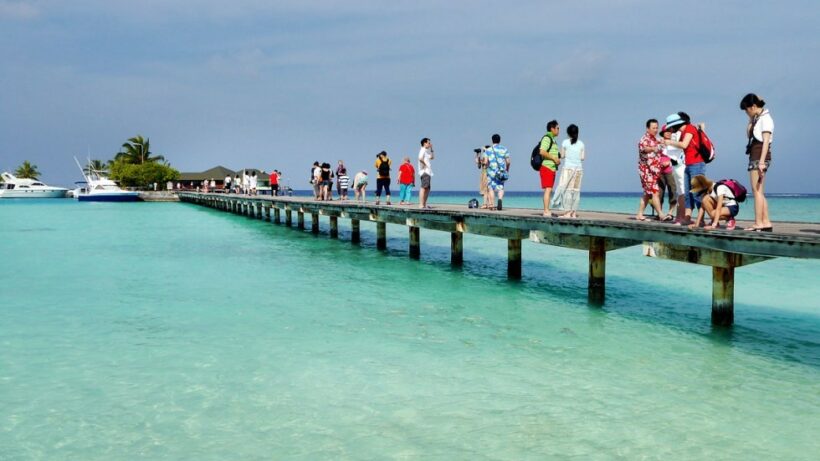 As the Chinese middle class continues to grow, more Chinese are eager to travel. For a country that was mostly closed off to the rest of the world for a thousand years, the Chinese are now looking abroad for their holidays.

Tokyo tops the list of the most popular overseas destinations, with the number of bookings for hotel rooms in the city expanding by nearly 100 percent over the same period last year, according to Ctrip. Phuket, Bangkok and Chiang Mai are also in this year’s Top 10 Chinese destination.

A Japanese noodle shop in Sapporo on Japan’s northernmost main island of Hokkaido on Feb 25, 2018. [Photo/VCG]

People release floating lanterns during the festival of Yee Peng in the northern capital of Chiang Mai, Thailand, Nov 14, 2016. [Photo/Agencies]

Participants in Heian period dress parade through the grounds of Kyoto Imperial Palace during the Aoi Festival on May 15, 2018 in Kyoto, Japan. [Photo/VCG]

This photograph taken on May 27, 2018 shows people viewing the Marina Bay Sands hotel and resort from the Merlion Park in Singapore. [Photo/VCG]

Kawazu-zakura cherry blossoms in bloom with Tokyo Skytree behind on Feb 22, 2017, in Tokyo, Japan.