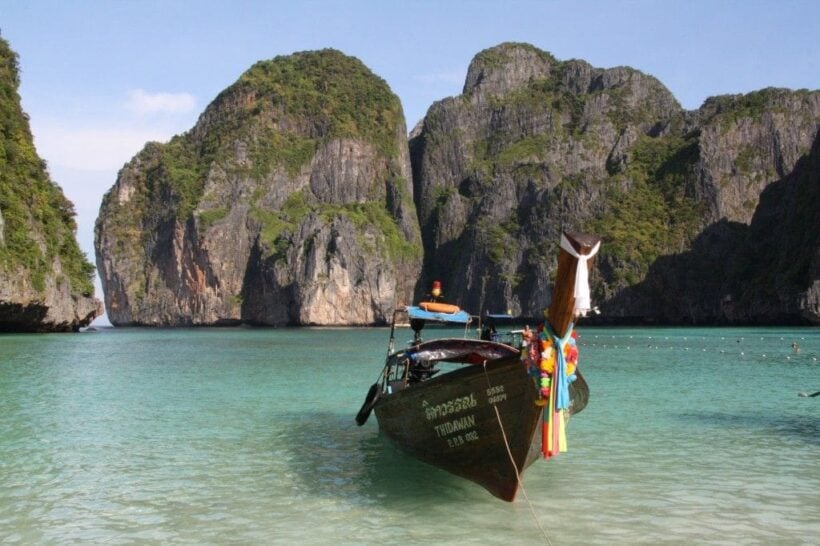 The scientists say Maya Bay must remain closed until it has recovered from the rampant tourist ‘love’ and protective walkways and new landing piers can be constructed on the other side of Koh Phi Phi Ley. Tour operators say they’re going to suffer with the loss of the region’s most popular tourist attraction from their daily schedules.

Krabi tourism stakeholders, affected by the closure of Maya Bay, are meeting tomorrow to discuss the next move.

According to Rong Phukaoluan, president of the Krabi Hotel Association, the tourism operators are ready to meet the conservation authority halfway.

“Instead of closing May Bay all year round, we want the authority to consider allowing tourists to the bay during the peak season and close it in April,” said Rong.

The peak season lasts from November until February, he said. Usually during the high season, Rong added, 60,000 hotel rooms in Krabi receive visitors. Each year the province welcomes as many as 5 million visitors.

Closing the bay would not only affect tour operators in Krabi but also in Phuket, said Rong. The bay, which is part of Had Nopparat Tara-Mu Koh Phi Phi National Park in Krabi, is halfway between the two provinces.

And the bay receives as many as 600 speedboats from the two provinces combined daily, he said.

In Krabi there are about 60,000 rooms, but in Phuket there are many hundreds of thousands, he said.

Rong said Chinese tour groups often book a night at Phuket before going to Maya Bay. However, Phuket’s tourism this year looks even grimmer than Krabi, considering the Maya Bay closure, the recent boat tragedy and an unpleasant incident at the airport, he said.

The boat tragedy, which happened off Phuket Island, claimed 47 lives, mainly Chinese tourists, while the airport incident involved an airport guard, who slapped a Chinese tourist. 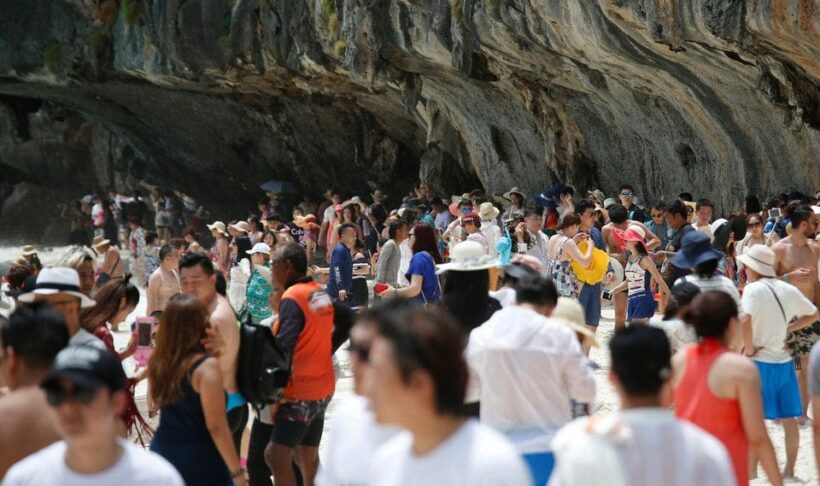