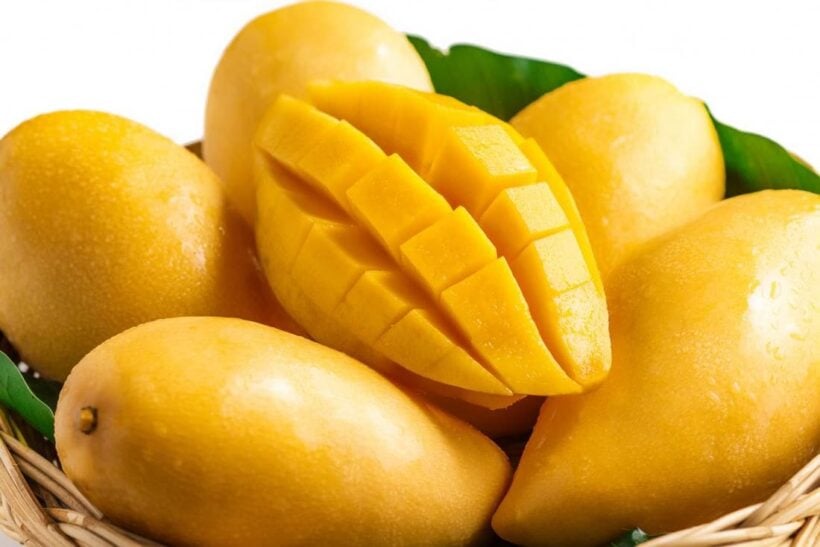 Thailand’s mangoes, famed for their smell and golden colour, often seen in the company of sticky rice and topped with coconut cream, are as local as you get when it comes to Thai cuisine. And is there anything better than a mamuang pun (mango smoothie) on a hot Thai day?!

Mangoes have been cultivated around South Asia for thousands of years and reached South East Asia between the fifth and fourth centuries BC. By the 10th century, cultivation had begun around East Africa. Cultivation later arrived in Brazil, Bermuda, the West Indies and Mexico, where a similar hot and humid climate allows its growth.

Markets can now sell ripe mangoes any time of the year but the natural peak season for mangoes is the annual “hot season” between March to May. Thailand grows some 200 varieties and the Kingdom is the world’s third largest mango exporter, just behind India and China. Although modern agricultural techniques allow it to be grown around the country, the best regions for mangoes are said to be Ratchaburi, Nonthaburi and Chachoengsao – a strip through the central region of Thailand adjacent to Bangkok.

The energy value per 100 gram serving of the common mango is 250 kilojoules, and that of the apple mango is slightly higher 330 kilojoules per 100 grams. Fresh mango contains large quantities of vitamin C and folate.

Mangoes thrive in the Thai tropical heat. The trees take root quite easily and grow in lower grade soils when compared to the demands of other popular Thai fruits. Farmers say that mangoes usually thrive on being ignored and don’t demand a lot of attention. Mongo trees can eventually grow to 35 metres tall and display yellow flowers during their annual bloom. Some mango trees have been known to live for 300 years.

As popular as the sweeter golden yellow mangoes are, the green mangoes are an important ingredient for Thai cuisine and also as a traditional snack. 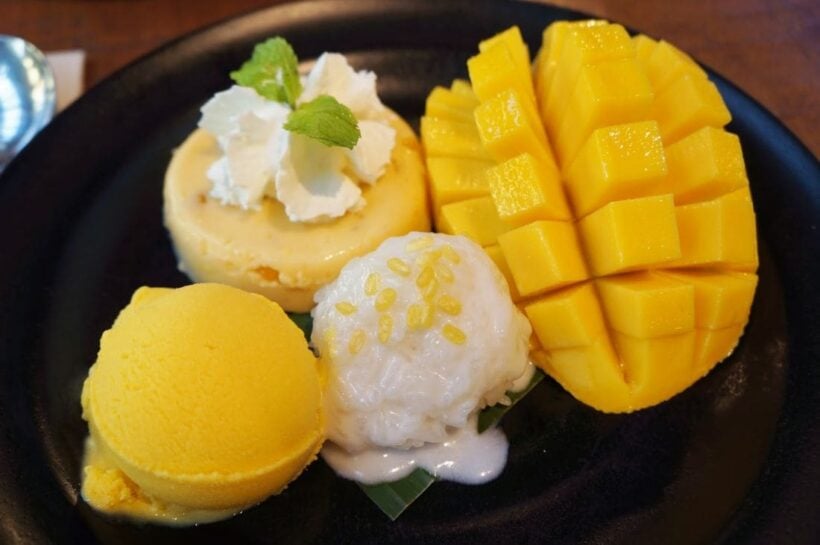