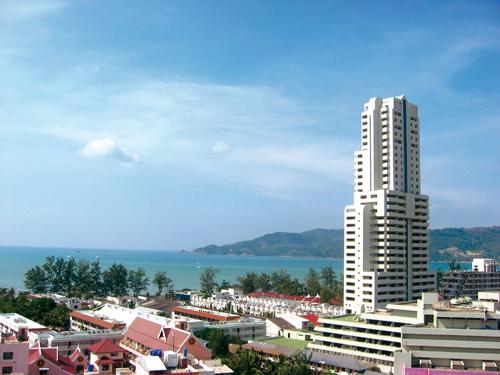 PHUKET: I figured I might as well go ahead and embarrass myself right out of the gates by making a bold prediction about where Phuket’s property market is headed. Unfortunately for you, my prediction is probably much longer term than you might be hoping to hear. It is based on a few simple principles, and I dare say that if you wait long enough, I will surely be right. Of course, I will admit that I don’t know how long that is.

If any of you have never read the novel Taipan, you may find it hard to imagine that, just a few hundred years ago, Hong Kong was a totally barren rock which caught the fancy of a few bold British traders. The novel is historical fiction, so while the names are not real, the general idea follows history fairly accurately. Since that time, Hong Kong has seen its population continuously expand and the real estate market has seen its share of booms and busts. However, the general trend has been up, up, and away.

I don’t think Phuket is likely to see towering skyscrapers like central Hong Kong just yet, and the current boom may find us getting too far ahead of ourselves at some point (and some might argue we already are What I do think however, is that Phuket will continue to grow as an international hub in the region, not just as a holiday destination, but also as a place of residence for expats and Thais alike.

I recently read that about 50 per cent of the entire world’s population is in East Asia. If you have ever looked into population studies, they tend to grow exponentially until some catastrophic event dramatically reduces the numbers. Thus the coming global population boom is likely to have, by far, the greatest effect in Asia.

What this means in the long run is that the need for housing will likely grow much quicker in Asia than in the rest of the world, and this disparity should grow larger over time as well. With the infrastructure the island has in place, it is likely to continue to attract middle class people from all over the world who seek a relative bargain on first and second homes.

The catch is, that property prices are a function of both supply and demand. Developers are currently making big bets on a big increase in demand and are ramping up supply in a way I have never seen. Granted I am still quite young, especially by Phuket expat standards. What happens in the short run is going to be a matter of which one takes off at a faster pace – demand or supply.

In the long run, I think demand for housing in Phuket will be upward trending. As much as I wish it weren’t so, Phuket is slowly becoming a city. Right now we are adding supply at a very rapid pace, but even if we see a crisis in the short run, I think that in thirty years’ time, we will look back and wish we could buy in at today’s price levels.

I may be a short-term bear on the Phuket market (one that has been continuously proven wrong, mind you) but I am confident that the land I own, sorry, I mean the land my wife owns in Phuket, will do very well for our children.

This article appears in the current issue (June 8-14) of the Phuket Gazette newspaper, now on sale at newsstands throughout the island. Digital subscribers may download the full issue, this week and every week, by clicking here.

Keep checking our online Phuket Property pages for local and national property updates. Alternatively, join us on our Facebook fan page or follow us on Twitter.