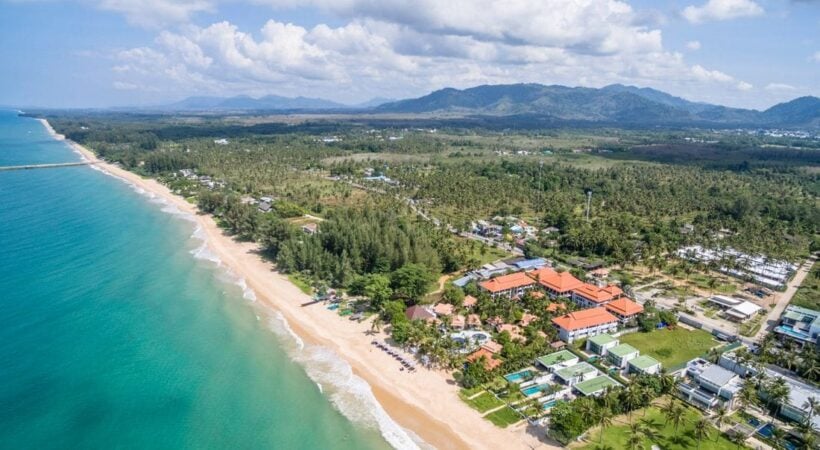 One of Greater Phuket’s real estate and hotel market’s that has a decided buzz of late is the area north of Phuket over the Sarasin bridge in Phang Nga.

In Natai Beach, the entry of the Baba Beach Club and nearby Akyra has created renewed visibility for the broad West Coast stretch of white sand beach, extending north beyond Phuket.

Two upscale hotels are in the development phase in the vicinity, with one being flagged to an international hotel operator.

Up at the 1,000 plus rai Thai Muang mega-project, movement is once again underway, as is a nearby massive Japanese-led mixed-use project including a golf course.

Land values are currently running amuck in the Koh Kloi area where the AOT (Airports of Thailand) has reportedly acquired land for an upcoming Phang Nga airport which will provide Phuket with a second gateway alternative.

Premium land transactions are taking place, with the most notable being the recent trade of the former oceanfront site in Bodan that was to be at various stages first a Raffles and later a Ritz-Carlton Reserve.

Looking at Phuket’s light-rail initiative, one knock-on effect will be the eventual linkage between the island and larger connection to a broader rail terminus in Koh Kloi. This will likely spur real estate speculators to acquire peripheral locations.

As Phang Nga’s West Coast four land highway expansion moves forward to Khao Lak and beyond, Phuket’s Northern neighbor is seeing a renewed push in its tourism, property and infrastructure.