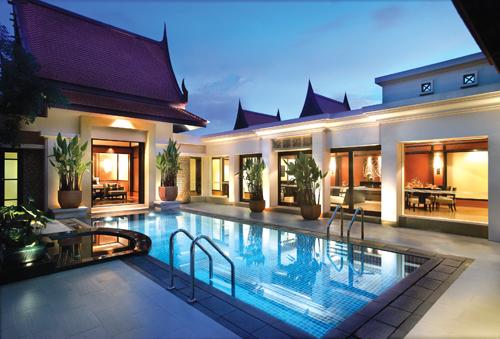 PHUKET: According to the World Travel and Tourism Council there are around 12.7 million hotel rooms around the world, and another 1.3 million are in development, half of them being built in the Middle East and Africa.

Bottled water is as common a sight in hotel rooms as thin-screen televisions and mass-produced art.

Given that hotels generally charge for bottled water, this represents an important revenue stream. But there is a negative side: hotels must deal with a flood of empty single-use plastic bottles.

In coastal areas, some plastic bottles invariably end up at sea, where they contribute to a marine pollution problem that is turning into a catastrophe for sea life. Shipping water also is costly, generates carbon emissions and most plastic bottles are made using virgin resin, derived from oil.

A forward-thinking hospitality executive decided to rectify the wastefulness of single-use plastic bottles at his luxury hotel properties: Sonu Shivdasani banned the import and sale of the bottles at his Soneva resorts in 2008.

Instead, the company filters, bottles and sells its own water onsite, in bottles that are then collected and reused. This eliminates the emissions associated with transporting bottled water into the resorts, located in the Maldives and Thailand.

Startup Whole World Water (WWW), which officially launched on World Water Day, March 22, is hoping to bring the practice of onsite water treatment and bottling to the wider hospitality industry.

The effort is the work of Karena Albers and Jenifer Willig.

While Whole World Water is being established as a for-profit, member-based venture for resorts, it has also created the Whole World Water Fund, a charitable organization, through which all participating resorts contribute 10 per cent of their proceeds from the water sales. The fund, administered by Climate Care, will then use the funds to develop water treatment infrastructures in communities around participating resorts.

“We all have to ask ourselves, when did we get bamboozled into drinking bottled water? But we did. It became the thing to do, especially at high-end resorts,” Albers says.

She says that Whole World Water is “trying to get people up to speed on what we need to do to protect natural resources.”

That said, Albers and Willig believe they will be more successful if they give consumers a better option to plastic-bottled water rather than trying to immediately force a change of habit.

The hope is that consumers will come to find the Whole World Water option a more chic, appealing one. At the same time, perhaps they’ll start to think differently about single-use plastic bottles.

Just as local food has captured the attention of travelers, so can water – as long as it is clean and safe. “We’re in a big movement over local food,” Albers says. “Why did water get taken out of that equation? Why shouldn’t water be local? We will get local water councils cognizant of the fact that municipal water has every right to be as clean as bottled water.”

These member companies, and others that join in the future, must agree to three basic conditions: paying a US$1,000 annual membership fee (this covers marketing and promotional expenses); installing a secondary water filtering system to further purify the hotel’s tap water and then bottle it in the WWW glass bottle, which is later collected and reused; and donating 10 per cent of water bottle sales to the Whole World Water Fund.

Banning sales of single-use branded plastic water bottles from third parties is not a membership requirement. “We are not mandating that they can’t sell bottled water in plastic,” Willig says, “We have to walk before we can run.”

WWW claims hotels and resorts can boost their own revenue by becoming their own water vendors. Based on a case study, the company says switching to onsite bottling can increase a hotel’s profits from bottled water by around 22 per cent, since the filtration systems are relatively inexpensive. Plus, the resorts can cut shipments of bottled water by using the onsite system, thereby reducing their carbon footprints and waste generated.

Albers and Willig believe they can attract enough members to WWW to raise $1bn each year for the Whole World Water Fund, to help the estimated 1 billion people around the world who lack access to clean, safe water sources.

Property prices “under the gun’