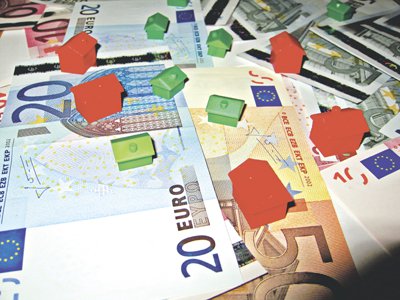 BANGKOK: Recovering demand for home purchases in the third quarter boosted the financial results of most of Thailand’s top 10 listed property firms over the same quarter of last year.

However, these firms are expected to report full-year gains as they have a number of projects in the construction process, which are scheduled to be transferred to customers before the year-end.

Pruksa Real Estate reported revenue of 18.77 billion baht, up 0.26%, and net profit of 2.63bn baht, up 7.3% over the first three quarters of 2011. As such, the company ranks as the market leader in terms of revenue during this period.

Land & Houses reported revenue of 17.47bn baht and net profit 4.13bn baht in the first nine months, up 5.05% and 5.89% respectively. The company ranked second in terms of revenue but surpassed Pruksa in net profit.

Sansiri, who recently announced the Base Uptown project in Phuket, showed revenue of 16.01bn baht and a net profit of 1.2bn baht, up 24% and 26% respectively. The company also had presales worth 26.34bn baht in the first nine months. It targets presales of 42bn baht for the full year.

SC Asset Corporation reported declines in both revenue and net profit, to 4.49bn baht and 511mn baht. Those figures were down 22.78% and 46.16% from the first three quarters of last year.

Sansiri president Srettha Thavisin said that the company had seen presales worth 31.01bn baht since the beginning of the year and targeted 42bn baht for all of 2012. The company has 12 condominium projects that will be transferred to buyers during the remainder of the year worth 15.3bn baht. This will drive its 2012 revenue to 26bn baht

LPN Development managing director Opas Sripayak said it would deliver 7bn baht worth of condos in the current quarter. This will boost its presales to achieve this year’s target of 10bn baht.

A survey by The Nation found that at least 50bn baht’s worth of homes would be transferred to buyers this quarter, by both listed and non-listed firms.

Phuket Property Watch: Lifestyles of the rich and famous