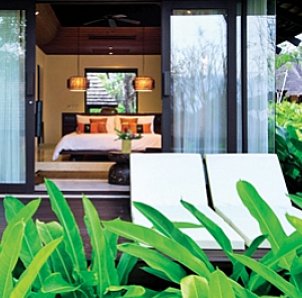 PHUKET: The hotel and retail businesses in Phuket grew significantly and most property firms expanded their investments in the province, according to Knight Frank Phuket.

Among the new projects are Patong Promenade, developed by Baan Sukhothai at Patong Beach Co Ltd, on Bangla Road. It will be a shopping, dining and entertainment complex, with room for 150 retail shops over 40,000 square meters, and an underground parking area of 2,000 square meters, capable of accommodating more than 700 cars. The project is expected to be completed soon.

Benzy Mall is another interesting project, located on Wirat Hongsyok Road in Phuket Town, which has great potential to emerge as a new business quarter. The project covers 15 rai of land. The retail building will be developed as one two-story and five single-storied buildings, containing a total of 250 units. A 60 x 20m waterpark will be in the middle of the project.

Banana Walk will be a chic mall with construction elements that include stone, wood, glass and bamboo. Its concept is sustainable retail practice. The project will provide 30 retail outlets, five restaurants and a rooftop nightclub. The project is situated on a 4,500sqm plot in Soi Bangla, just 100 meters from the beach.

Nattha Kahapana, director of Knight Frank Phuket, said that not only retail development, but even the entertainment business has taken off in Phuket recently. A mega-project in Phuket is from Ratchada Niramit, operator of Siam Niramit, on Tiamruammit Road, where a second Siam Niramit Theater has been built on 50 rai of land with a seating capacity of 1,750.

The project is located on the Ratsada-Samkong road, off the Bypass Road.

The Splash Jungle Waterpark is being developed in the new northern Centara Grand, probably better known as the West Sands property development. There will be 12 waterslides, a huge Superbowl slide and a 335-metre ‘lazy river’. Phuket has a lot of hotel rooms so the new facilities will encourage tourists to go and chill out during their holidays.

“We also expect budget/economy hotels to perform even better than four-star hotels as travelers tend to be cost -conscious. The total completed four-star hotel supply in Phuket increased by 1,170 keys to 12,493 keys at the end of 2011. The additional supply came from the opening of eight hotels located in different locations of Phuket.

According to the Department of Tourism, the first 10 months of 2011 proved that Phuket is increasing its share in mass tourism. The emerging markets are the Middle East, Asia and Russia, which increased by 63.2 per cent, 41 per cent and 14.5 per cent respectively.

Risinee said research indicated that the average daily rate of four-star hotels in Patong increased in 2011, from just 2,490 baht in 2010 to 2,510 during the first 10 months of 2011. With 12 hotels in the pipeline in Patong, the competition is estimated to be intense in this area. The rate is estimated to fall in Patong in the near future. The average length of stay is lower, with the average stay of Asean tourists being only a few days, while European tourists normally take holidays from a week to a month at a time.

She added that hotels in Phuket are also facing increased competition from rental properties which are offering competitive rates, particularly for longer-stay visitors, as well as competition from other resort destinations in the region.

Phuket Property Watch: For better or for worse