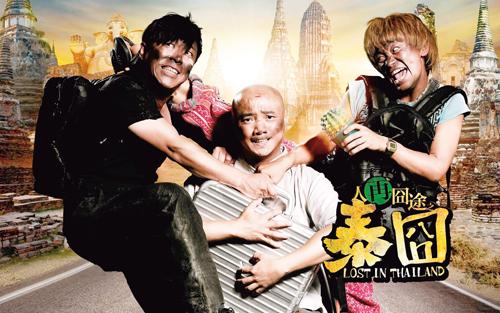 PHUKET: We are still less than five months into the Year of the Water Snake and as I sit at my desk on a rainy Sunday, my mood turns aquatic. I grind out any thoughts of the past, like stubbing out a spent cigarette with a worn heel of a scuffed pair of working shoes. Not content with only a small snuff moment, I get up in the air and go all pogo on it. My view is, if you really want to crush, find the nearest steamroller and turn the switch to flat.

A little stunned after a mini spate of ultra-violence, my mind shifts to the present. It seems a thick fog has enveloped the island – at least in the expat world – which seems stuck in a little place called nostalgia. According to one of the nameless web dictionaries, nostalgia, in a nutshell, is “a bittersweet longing for things, persons or situations of the past.” Sounds familiar doesn’t it? “Do you know anyone bittersweet?” goes the infomercial with the graying doctor-type handing out the medication.

Never mind, personally, I try to keep my nostalgia focused purely on rock and roll circa 1968-1972. I don’t even let it out of the house during the day, lest the neighbors complain. Back to business boys, and as we all know, ‘looking to the future’ is the real name of the game – if only within the confines of the barbed wire compound known as 2013.

The buying and selling of hotels over the past decade has evolved into a micro-industry in itself. Pre-millennium sales of Phuket hotel assets were limited to odd occasions. In recent years, however, we’ve seen high-value internationally-branded properties, down to small and relatively obscure ones, go under the hammer.

I believe the second half of 2013 will see the sector propelled to an all-time high. Peering into the crystal ball, we see properties in Kamala Beach, Surin, Mai Khao, Nai Yang, Kalim Patong, Nai Harn and Phuket City, all expected to sell in the coming seven months. These sales will inevitably spur owners of existing assets, which either require extensive capital improvements or are aged to a point that they need redevelopment, come to the reality table, and then come to market.

The latter is not entirely a bad thing, as the island will attract a new set of both domestic and international investors looking to upgrade hotels in order to capture upside demand. In popular terms, it could perhaps be tagged ‘Extreme Makeover’ time for Phuket’s hotels. This extends to the Greater Phuket region, where we see high profile hotel trades in Krabi and Khao Lak on the imminent list.

Shifting geographic preferences are also creating new hot spots of interest. One is Koh Siray, where the upcoming Park Hyatt project, and another nearby international-brand hotel in the planning, are forecast to create a domino effect and spawn more projects in the area.

Down south, everyone is looking at the redevelopment of the Evason in Rawai as a lead indicator for what will be a new upscale InterContinential resort. With other large land tracts nearby, and looking closer, in Phang Nga Bay, off Chalong, and on smaller islands, we are already aware of at least four projects in the planning stages.

Phuket’s west-side story is continuing apace, with new internationally-branded Patong hotel developments to be announced this year, and Kamala will also start to see reinforcement’s coming to the rescue. Trailing the pack is the east coast area of Ao Po, though time will sort this out.

After a stressed-out high season, there is no reason to believe that the emerging eastern European market story will change in the 2013/2014 high season. What we are experiencing is more year round demand, though, as this market matures. This year’s poster-child of mass tourism is, of course, China, with its remarkable appetite for all things Thai increasing on the heels of the mega-flick Lost in Thailand. This is further magnified by the geopolitical tensions with Japan, which once upon a time had been a favored destination for Chinese tourists.

The increasing number of flights into Phuket airport, such as Cebu Pacific’s new route from Manila, seem set to fuel more regional business. How can our overworked facility cope with the growth? Just check out the flight schedule and see how the arrival and departure times have been pushed into the deepest part of the night. Phuket, as with so many convenience stores, is open for tourism all night long.

But time marches on, and there simply isn’t time for nostalgia during daylight hours. This year’s tourism experience could be likened to an MMA (mixed martial arts) bout – chaotic, frantic, profitable, and most certainly, exhausting.

Hotel branded residences in Asia are capturing the imagination of real estate investors and end users.

As C9 Hotel works’ Managing Director, I am quick to point out that the storyline is changing in space from the resort markets to urban real estate. Asia’s luxury hotel branded love affair began at the beach on Thailand’s resort island of Phuket. The birth of the tropical pool villa created a unique hotel experience for upscale travelers. An entirely newly defined luxury segment suddenly meant getting out of the box. Leading names associated with the phenomenon were Adrian Zecha of Aman resorts and KP Ho of Banyan Tree.

As Asia headlined the post global financial crisis, old and new wealth was increasingly attracted to real estate. The region’s booming capital cities such as Singapore, Bangkok, Kuala Lumpur, Jakarta and Manila are seeing a rise in urban hotel-branded residences.

Not only hospitality branded are playing the new name game, but celebrity faces such as Donald Trump and Philippe Starck are increasingly becoming familiar faces on the landscape.

Keep checking our online Phuket Property pages, join our Facebook fan page or follow us at @PhuketGazette for the latest local, national and international property updates.

New On On cherishes old memories

Phuket Property: A vision for Vista