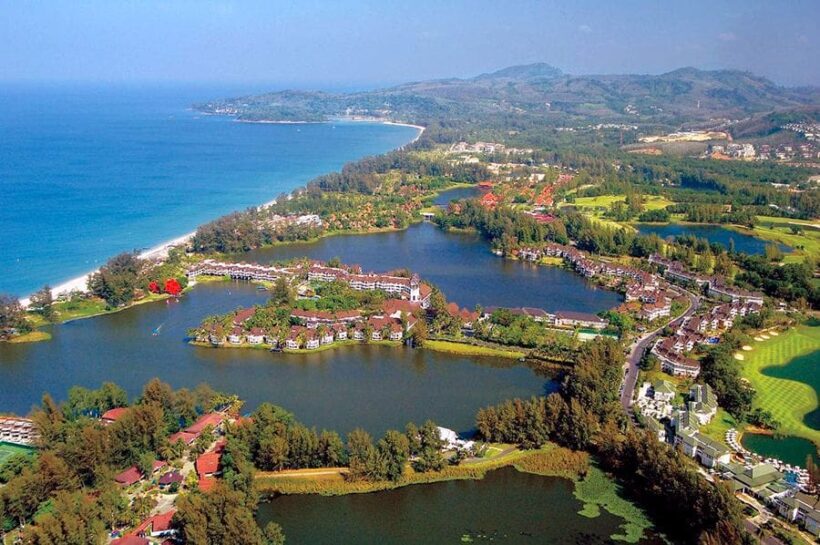 If you were going to play a soundtrack to this story, perhaps it could be started off best with the 80’s hit “We Built This City”.

If you toured the Laguna Phuket area in the year the song charted in 1985, the area was an eerie lunar landscape of a former tin mining domain. Today the virtual wasteland had been turned into a resort wonderland and the past is a far distant memory.

What’s impressive about Laguna has been its ability to rewrite the map, and continue to evolve and adjust to market changes over the years. First, as an integrated or destination resort, then as mixed-use hotel and residential community and now it is turning into an affluential urbanising resort city by the sea.

Ask travellers where Cherngtalay is, and they only get a blank stare, but mention Laguna and the recognition is clear.

When you look at Laguna’s pioneering leisure real estate model, a similar trend or evolution has occurred. It’s been a long journey that started with the investment oriented Sheraton Island Villas (now branded under Angsana), to the condominium hotel Allamanda, and onto KP Ho’s core Banyan Tree branded residences and later resort lots on the Laguna Phuket Golf Course.

Other components followed such as the vacation ownership offering that is now known at Laguna Holiday Club, a dedicated residential community tagged as Laguna Village and shift to selling landed properties instead of house lots with their signature villas and townhomes.

More traction was gained with partnerships such as the Dusit Laguna Villas, or else inhouse new brands like Cassia, Dhawa, Angsana or the entry level Laguna Park residences.

Laguna’s journey from tourism to real estate today best be demonstrated in the sheer number of real estate units that well outnumbers hotel keys.  In a period covering a bit more than two decades Laguna has sold 1420 properties and presently has about 435 for sale, for a total of 1855 units. Impressive considering the period hit two enormous economic downturns in 1997 and 2008, along with Thailand’s political roller coaster. In the end, real estate has emerged as the lead component of what is now becoming an urban resort city.

What is most apparent to visitors and residents alike is how the current development footprint  of Laguna, along with most of Phuket is the push up into the sky. The building footprint of coastal areas is now going from low-rise structures, and now into midrise buildings of seven or more stories. Once green areas are now being filled up with tower cranes. There is a price to be paid for urbanisation and that is now evident in the growth of condominiums compared to the legacy property market of freestanding houses and villas.

Traditionally, resort property was premised on the vision of beachfront or ocean view properties. What Laguna Phuket successfully packaged was the ability to add value to back land areas and still commend premium pricing. Today lagoon aspect properties far outnumber ocean aspects and this is where the future lays, inland, beyond the beach.

As I write this piece heading into 2019 the latest Laguna property offerings reflect the overall pressure of the broader trend to smaller units at lower pricing points. This is evident in the new Dhawa offering at the main resort entrance, or the third phase of the successful Cassia. Another trend is investment properties and a new round of Dusit branded villas as well as Angsana products are rising amongst the lagoon areas.

The economic influence of Laguna Phuket is evident in the peripheral areas that are expanding, with Boat Avenue becoming a decided success and upcoming attractions like Blue Tree and Central’s upcoming Porto de Phuket.

To sum up the story, while the road trip from tin min to veritable resort city has taken many different turns, the impact of real estate as a driving force remains a clear and present example of how the development has set the standard for Asia’s mixed-use resorts most successful offerings. 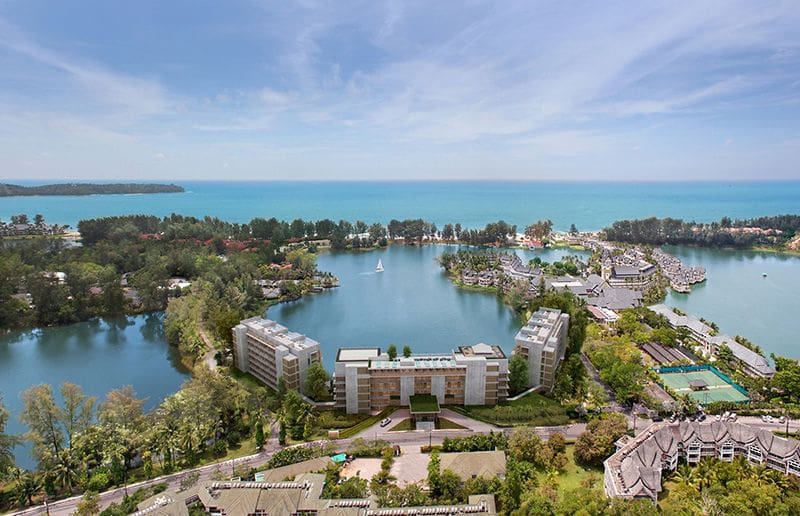 Tour boats can return to the islands