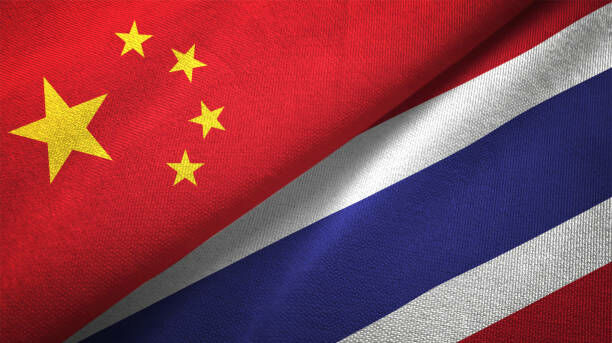 The acting director of the Real Estate Information Centre (REIC), Wichai Wirattaphan, has stated that Chinese nationals accounted for nearly 60 percent of condominium purchases in Thailand in the first nine months of 2021.

The statistics released by the REIC show that foreigners from the following five nations were the top investors of properties in Thailand: China, Vanuatu, United States, United Kingdom, France. In that order.

Wirattaphan claimed that although Vanuatu nationals only purchased 23 units, they created a significant effect in the real estate market since each property was valued at an average of 44 million baht, accounting for 3.4 percent of the market, second behind Chinese buyers.

Overall, Singaporeans bought more expensive units at an average of 5 million baht per unit, while Americans bought the largest units, averaging 54.8 square metres, according to the data.

The average size of apartments bought in the first nine months of 2021 was 43 square metres, at an average price of 4.9 million baht or 114 thousand baht per square metre.

The following are the top five provinces with the most foreign buyers: Bangkok, Chonburi, Phuket, Prachuap Khiri Khan, Nonthaburi.

Lyp14 [ctxa]
6 minutes ago, Poolie said: Surely the RMB being tied to the dollar gives it some protection? It's been higher by some 12% I agree but it cant fall that far? What makes you think the dollar is any different…

DoUKnowWhoIAm
19 hours ago, Cabra said: More than likely you will be renting from a Chinese owner The nightmares are only getting worse 😱

Poolie
22 minutes ago, ctxa said: What makes you think the dollar is any different to the RMB? The USD is backed by nothing again, its value is pure speculation, and the feds printing more and more currency non stop…
TimAn
1 hour ago, ctxa said: Well, I too agree there is a huge real estate bubble in China. But that doesn’t mean that if you play your game wisely you can’t make tons of money. Certainly more than in…

Lyp14 [ctxa]
3 minutes ago, TimAn said: Thailand real estate market healthier than CN's. Healthier for sure. But normally you make quick money in unhealthy markets, profiting from volatility. Don’t just believe what a real estate agent tells you, in…