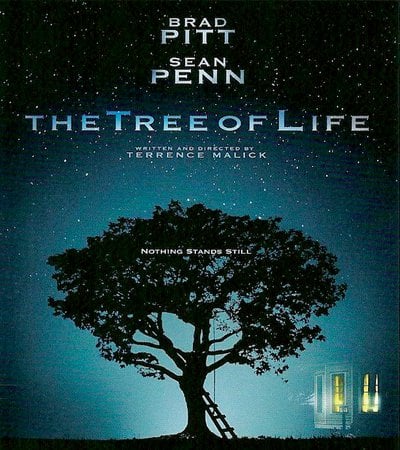 PHUKET: Expect a barrage of year end reviews and lists in coming days.

Newspapers love them. They close a chapter, let us remember if we should remember a year at all, and remind us of what, if anything, we should hold onto from these past 12 months.

Was the Tree Of Life a defining moment in cinema history, or a yawn-a-minute trip down the rabbit hole to passing out on the sofa? In a world gone mad with lists and awards, here is our homage to the list and our “Not Best But We Think They Should Be On A List Of Films Of The Year Award”. There’s also a selection which irked us too. And one book, just to be different.

It takes a few weeks for us all to get into the swing of a new year, and the same was true for film in 2011. It was slim pickings, but Company Men (Ben Affleck, Tommy Lee Jones, Kevin Costner), a drama about a group of company men who fall on hard times during post-credit crunch America, was a surprise hit. We salute this little-known film and in the same sentence advise you to sidestep The Green Hornet (Seth Rogen, Cameron Diaz), released in the same month.

February was not fun

Bieber fever gripped the world again, with the release of his documentary Never Say Never. With US$98 million in US box office takings to date, the world is still mad for the 17-year-old singer.

March was for mega-budgets

The month started with release of The Adjustment Bureau (Matt Damon, Emily Blunt). It amassed US$128 million from a budget of US$50mn. It was terrible, but turned a profit. Rango will no doubt feature on many 2011 lists. Starring Johnny Depp, this computer-animated Western about a chameleon, Rango, was a critical and box office success, taking more than US$242mn in the US alone from a US$135mn budget.

Sci-Fi action flick Battle For Los Angeles was the month’s other box office mega-movie. Aaron Eckart starred as the platoon sergeant hellbent on stopping a fleet of hell-raising aliens from taking over Earth. With a budget of US$70mn, the movie took a staggering US$211mn. Limitless (Bradley Cooper, Robert De Niro) was another hit, reeling in US$156mn from a US$27mn budget.

Jane Eyre, Kill The Irishman and Paul were the less grandiose films of the month that piqued our interest.

April was a long time ago

The Conspirator, directed by Robert Redford, was one of the films of the year. Delving into the events surrounding the assassination of President Abraham Lincoln, and starring the trio of James McAvoy, Tom Wilkinson and Erin Wright, this was a beautifully executed film and a ‘must see’ if you like historical dramas.

Water for Elephants with Twilight’s Robert Pattinson and Christopher Waltz was the most underrated film of the year. Set in the time of the Great Depression, this was a charming slow dance back in time.

The Greatest Movie Ever Sold from Super Size Me director Morgan Spurlock was a fun, fascinating launching pad into the heady world of Brand America. If you liked his previous documentaries, you won’t be disappointed on this outing.

US$485mn is how cinemagoers paid appreciation to Thor. The hammer-wielding blonde barbarian-god banished to Earth to meet the damsel-in-distant distress was a formula which resonated with audiences worldwide. It helps having Natalie Portman and Anthony Hopkins nailed to the movie poster too, to pry open movie fans’ wallets.

Pirates of the Caribbean: On Stranger Tides was the fourth time Johnny Depp got dressed up as Keith Richards, and fans of the franchise weren’t disappointed; US$1 billion at the box office is testament to that.

Then there was the movie everyone in Thailand was waiting for: The Hangover Part II. The Wolf Pack’s tawdry exploits in the capital, or “Hola, City of Squalor”, was a laugh-a-minute dredging of debauchery. A throng of Phuket expats served as extras in the film, which made it feel, for a moment, like Hollywood had extended an open hand to Phuket.

The Tree of Life won the Cannes Palme d’Or, and the film of the year according to many. A surreal tale of the meaning of life viewed almost dialogue free through the eyes of a man who casts his gaze back on his life, and the loss of his brother. With dramatic scenes taking the viewer into the far reaches of space and into supernovas, to gusting through nebulas and diving into the deepest, darkest pockets of Earth’s oceans, and surging with waves crashing to shore, this movie takes you on a journey of interconnectivity. Life is indeed a tree. It’s either the most beautiful film you’ve ever seen, or a fast way to fall asleep on the sofa. Either way, you have to experience it.

JJ Abrams Super 8 alien-on-the-lam flick was on most people’s lips in June. As was X-Men: First Class and another comic book adaptation Green Lantern which we thought were hmm-kay, and worth a few hours of your time if you like the genre. Oh, and of course, Transformers: Dark Side Of The Moon sent fans of Michael Bay’s slow-motion action sequences into a state of, well, robotic sensory overload. It didn’t compute with the critics despite being a box office smash (more than US$1bn).

July was for funnies

Horrible Bosses was the comedy release of July, the sole amusement being Colin Farrel in his fat suit, acting absurdly funny in the theme of the movie’s title.

Cowboys & Aliens (Daniel Craig, Harrison Ford) wasn’t meant to be a comedy, but we giggled and liked it nonetheless.

Other funnies of July included Friends With Benefits (Justin Timberlake, Mila Kunis) which we rolled our eyes at, but it had millions reaching in their pockets to see it.

That little-known franchise of films, Harry Potter, churned out another one in July, The Deathly Hallows Part II, and was the box office hit of year at the time of writing with US$1.3bn.

August was for Apes

Any movie where an ape rides a horse is worth some ink. Rise Of The Planet Of The Apes: see it; enough said.

The Inbetweeners movie, a spin-off from the sit-com about a group of hapless British teenagers, was a surprise hit with critics and at the UK box office, generating a UK45mn pounds from a UK3mn pound budget.

One Day, starring Anne Hathaway and Jim Sturgess, was the romance film of the year in our eyes. A tale of enduring love adapted from David Nicholls’ 2009 novel. Well acted, well written, well directed. Touching, simple and a rare beauty in a genre filled with tragedies.

This was the worst month for movies in our mind. Apollo 18, Shark Night 3D, Creature, Warrior, Straw Dogs and Abduction were all easily forgettable and we were glad when October rolled around.

October was for the kids

Action-comedy Johnny English Reborn was fun and a great one for the kids with Rowan Atkinson reprising his role as the bungling secret agent. The film reeled in a credible US$145mn from a US$45mn budget.

Three Musketeers was another hit with the young ones and a well-known children’s tale brought to life on the big screen, and was another US box office success, earning US$132mn from a US$70mn budget.

In Time, with Justin Timberlake and Amanda Seyfried (the one that looks like Dakota Fanning) is a contender for “Most Poorly Executed Film With A Good Premise Award”. It’s laugh-out-loud bad.

Winner of the “Sickest Movie Sequel Ever Award” goes to horror flick, Human Centipede 2. Banned in most count