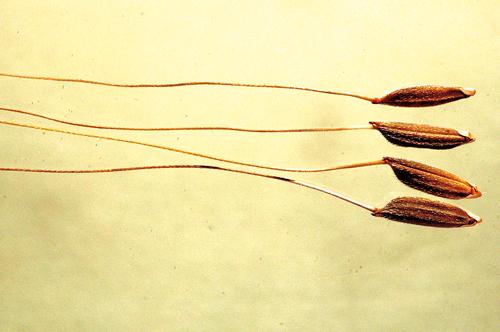 PHUKET: Rice is the staple food of the Thai diet and one that is consumed in great quantities. From breakfast to dinner, and sometimes well into the night, no Thai meal is ever complete without rice.

Nothing beats a bowl of freshly cooked, aromatic Jasmine rice. Considered by Thais the king of all rice, its perfume is redolent of the indigenous flower it is named after. Good Jasmine rice is judged by its texture too, which must be soft and slightly glutinous, not dissimilar to Japanese ‘sticky’ Mochigome rice, only a little less so.

Other countries have their answers to Jasmine rice. Indians revere their equally perfumed, slender-grained Basmati, and the Japanese will not eat anything that they consider less perfect than their ‘sticky’ rice.

Yet lately, rice – especially white rice – has been given a bad name. The reason white rice is less than ideal for everyday use, experts say, is due to the fact that, having high Glycemic Index (GI) value, releases energy too quickly after consumption. The sudden rising of blood sugar in the body compromises the function of the pancreas, which is responsible for producing the insulin necessary for the digestion of sugar. These properties can contribute to the onset of the insulin-related illness that we know as diabetes.

With white rice being consumed in great amount by Thais, the rise of diabetic cases in this country is tantamount to a pandemic. There is no cure for this disease, but you can stabilize it and minimize symptoms somewhat with medication and a controlled diet. But is it possible to tell Thais to stop eating rice?

Dr Kongkiet Ketpetcharat may have the answer to this dilemma. “Eat brown rice,” says the doctor who runs a holistic Pensook Healthcare Station on Chao Fah West Road. Former director of Bangkok Hospital Phuket (now its CEO), Dr Kongkiet has conducted extensive research on types of rice that have low GI and are thus safe for consumption by diabetic sufferers. He is interested in one particular type of Thai rice, Sin Lek, which was initially promoted by the government to eradicate cases of anemia in rural children. But in controlled laboratory testing, Dr Kongkiet also found that Sin Lek has the ability to stabilize blood sugar.

It is well known that brown rice is rich in vitamins and minerals. But herein lies only part of the picture. Whole grain brown, and even some types of white rice, contain a special carbohydrate called resistant starch.

“The characteristic of good rice lies literally at its core. This is the type of carbohydrate that is water-soluble. It forms a bulk that helps to slow down the body’s assimilation of sugar and fat,” says Dr Kongkiet.

To make significant change, Dr Kongkiet recommends eating at least two portions of brown rice a day. However, he adds that diabetic patients must exercise care in maintaining their medication and always follow their physician’s advices.

Rich in vitamins, minerals, essential fatty acid and protein, whole grain rice can also lower the risk of cardiovascular disease, obesity and ischemic stroke. It works wonders in reducing the inflammation of rheumatoid arthritis and the severity of asthma, and it’s also great for the nervous system and muscle tone. The list goes on.

At Pensook Healthcare Center, there are two types of organic brown rice on sale. The dark Hom Nin is fragrant while the lighter version Sin Lek (which translates roughly to ‘rich in iron’) is aptly named after its high iron content. These rices are grown in cooperative managed, and fair trade controlled farms initiated by The Pensook Center, in Buri Ram.

For those of you not used to eating rice with every meal, rice salad is one answer. Also, how about making cooked rice cereal breakfast? Topped with coconut or plain milk, it’s a delicious way to start the day. It’s also much cheaper than the imported and shop-bought cereal.

Cooked cereal can be refrigerated up to two days. Grains like Job’s tears (look duey) can be added (cooked together with rice) to give that added texture. Other toppings include grated and roasted coconut, almonds, raisins or any of your favorite nuts or fruits.
Enjoy!