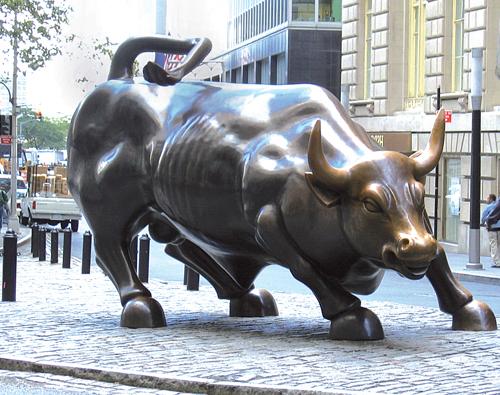 PHUKET: Although the economic numbers coming out of the United States are not exactly impressive, the S&P 500 has been hitting all time highs and at the end of April, was up some 14.5% since the start of the year, while gold, the ultimate investment of market contrarians, plunged the most in 33 years.

In other words, the US stock market is clearly breaking to new highs after 12 years or so of consolidation and I would expect this bull market to last for many years to come.

Needless to say, my phone, along with the phones of most other investment advisors, are not exactly ringing off the hook with old or new clients rushing to make new investments. In fact, aside from the financial press, I don’t hear many people talking at all about the stock market.

So what’s holding most investors, and perhaps you, back? I call it the unnecessary ‘wall of worry’. Consider whether or not the following ‘bricks’ are in your own ‘wall of worry’:

Worries about the US economy

Although the job market in the US remains depressed, the economy there is still growing, interest rates remain low and the housing market appears to have come off its bottom in many parts of the country, meaning things are better now than a couple of years ago. Housing stocks are hitting new highs and have been advancing nicely for the past two to three years.

An earnings miss during earnings season will always attract undue attention; but given the performance of the S&P and the Dow since the start of the year, we can only conclude one thing: The last earnings season was not all that bad.

Fears of a market correction

There has been endless talk about a coming market correction. However, short-term technical corrections are a natural part of both bull and bear markets and should be looked at as buying opportunities rather than a time to panic and sell.

Europe having (yet) another crisis

There is no denying that Europe is still a mess and its leaders still have not gotten their act together. But Europe has also been a mess for some time now lurching from one crisis to another; the last one being Cyprus. And yet, Europe or rather the European Union (EU) and the Euro continue to exist. So another crisis coming out of Europe involving yet another country should not take investors, or anyone else for that matter, by surprise.

There have been plenty of parallels made between the current US and European economies and Japan’s ‘lost decade(s)’. But guess what? After floundering on both the political and economic policy front since its bubble burst, Japan’s economy and stock market are showing signs of finally getting back on track. Hence, investors might want to ignore all the bad news coming out of Europe and consider investing in the good opportunities emerging in Japan.

Recently, it became increasingly difficult to count the number of scandals, or ongoing investigations of scandals, in Washington DC. However, ask yourself this: What else is new?

While these scandals are all potentially very damaging to the Obama administration, the stock market and investors will probably continue to largely ignore them. If you remember back to 1974 and the scandal that eventually led to the resignation of Richard Nixon, the President of the United States, sure, the stock market hit a low that year, but it moved higher for the next 25 years!

If you really want to worry, there is always a chance of a so-called ‘black swan’ or rather, a hard-to-predict and rare event that will completely throw the stock market and the global economy into chaos. In fact, I even saw an article on a popular investor website last week which warned about the possibility of a ‘super volcano’ erupting that could devastate Mexico – a major US trading partner (a little due diligence revealed the supposed ‘super volcano’ is just an ordinary volcano that happens to be active).

Certainly, there are no shortage of writers, pundits or perpetual ‘gold bugs’ who try to make a living by coming up with doomsday predictions; but given gold’s recent performance, you might want to ignore the more dire warnings.

In other words, don’t let all of the above bricks build you a ‘wall of worry’ and hold you back from missing out on strong returns being produced by the current bull market. Call or email me to discuss investment options and how to invest in the leading stocks and sectors of this bull market.

Keep checking the Gazette’s Business pages for the latest local and national business news updates affecting Phuket and Thailand. Alternatively, join our Facebook fan page or follow us on Twitter.