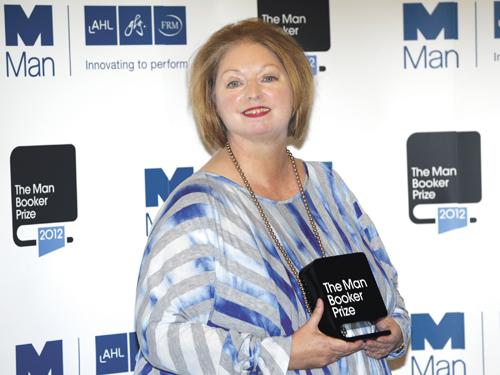 PHUKET: In my last column, I reviewed Hilary Mantel’s extraordinary novel Wolf Hall, winner of the 2009 Man Booker Prize (click here), which chronicled the rise of Thomas Cromwell from a blacksmith’s son to trusted advisor to King Henry VIII.

The first novel ends with the beheading of the scholar Thomas More, former Lord Chancellor, for the crime of staying loyal to the papacy after Henry VIII broke away from the Catholic Church to marry his second wife Anne Boleyn. The second novel ends with the beheading of Anne Boleyn. Cromwell played a central role in both these cases, despite his great friendship with Thomas More and at least grudging admiration for Anne Boleyn.

Cromwell is a fascinating character, rough, scholarly, humorous, pragmatic, cunning and, above all, loyal to his king. And why not?

“You cannot see Henry and not be amazed,” Mantel writes. “Each time you see him you are struck afresh by him, as if it were the first time: a massive man, bull-necked, his hair receding, face fleshing out; blue eyes, and a small mouth that is almost coy. His height is six feet three inches, and every inch bespeaks power. His carriage, his person, are magnificent; his rages are terrifying, his vows and curses, his molten tears.”

The King can also be a jolly companion, but later on in the novel, Cromwell reflects: “You can be merry with the King, you can share a joke with him. But as Thomas More used to say, it’s like sporting with a tamed lion. You tousle its mane and pull its ears, but all the time you’re thinking, those claws, those claws, those claws.”

Equally forceful is Anne Boleyn, educated in the French court, charming, manipulative and resolute in her pursuit of the English crown. Henry is besotted with her but she resists all his overtures until she is assured of marriage. She assembled around her a group of ardent admirers and scheming family members. But when she fails to produce a male heir for Henry, the King assigns Cromwell to arrange for her downfall.

The breakthrough comes through the word of a youthful page who accuses four courtiers of adultery with the queen. These four had once taken part in a public burlesque depicting Cardinal Thomas Wolsey, Cromwell’s first mentor, being dragged in his scarlet robes to hell. Besides celebrating the death of Cromwell’s beloved father figure, the four had often mocked Cromwell for his lowly birth. He has no compunctions toward sending them to the gallows.

Yet he does have compunctions about his legal indictment of the queen. “He has seen beautiful indictments, not a word wasted. This was not one: the phrases jostled and frotted, nudged and spilled, ugly in content and ugly in form. The design against Anne is unhallowed in its gestation, untimely in its delivery, a mass of tissue born shapeless.” Anne Boleyn is executed in the spring of 1536, in the midst of turbulent times, of religious wars and unshackled thought, a time when kings still jousted with knights, heretics were burned at the stake and traitors were hung, drawn and quartered. A French swordsman separated Anne’s head from her body and she approached her death with exemplary grace and courage.

As the novel ends, Cromwell is raised to an earldom. He is immensely rich and most of the nobles of the land owe him money. His trusted protégées – son Gregory, adopted son Rafe Saddler, and nephew Richard Cromwell – advance from one vastly profitable scheme to another.

Yet, in historical fact, Cromwell will be beheaded for treason, on flimsy charges, in only four more years. The will of a king is both fickle and all-powerful. This notion would not be challenged for another century until the advent of Richard Cromwell’s great-grandson Oliver. Then it would be royal heads that rolled.

But for Thomas Cromwell’s last years we must await the third novel of Hilary Mantel’s trilogy in the sort of glorious prose that only she can muster.

“Bring up the bodies” by Hilary Mantel is available for download for the kindle from Amazon (click here), or by order through the main bookshops in Phuket.

Phuket Gardening: Variety is the spice of life

Phuket Diving: A communal recovery from the myths of DCS