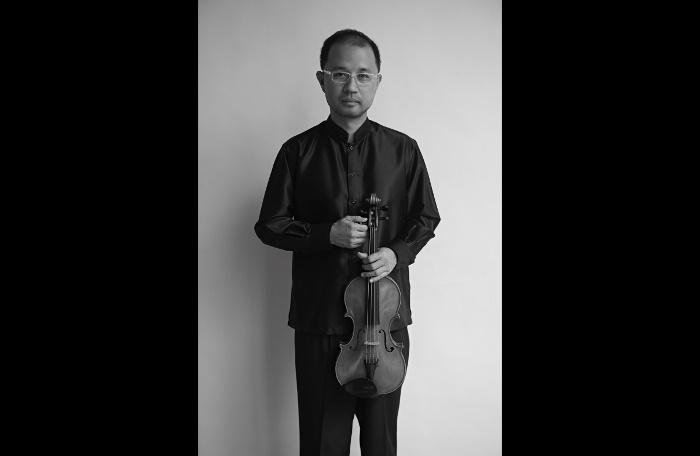 PHUKET: Bangkok native Tasana Nagavajara is the artistic director of Pro Musica and is currently performing a series of classical concerts as the violinist for Pro Musica Ensemble. The trio is touring Phuket, Chiang Mai, Hua Hin and Bangkok this month, with the Phuket performance tonight – Monday January 23 – at Mom Tri Villa Royale.

Mr Tasana has been pursuing music since the age of nine, drawing inspiration from his parents who are both music lovers and studied music in Europe.

“My father plays the violin with Cambridge University Student Orchestra. I grew up listening to all kinds of music and attended lots of concerts from a very young age,” says Mr Tasana.

He has studied the violin with many prominent teachers, such as Supot Chomboon, Sutin Srinarong and Choochart Pitaksakorn at the Faculty of Fine and Applied Arts, Chulalongkorn University.

“Nowadays, there are lots of young, talented kids playing music, but talent is not everything. Young musicians need proper training and discipline. Anyway, music making in Thailand is much better than when I grew up 40 years ago,” he says.

He continued his music studies at the International Menuhin Music Academy (IMMA) in Switzerland and the Vorarlberg Conservatory in Austria, where he was trained in chamber music and extensively toured with the Camerata Lysy Gstaad throughout major European cities, as well as in the US, Canada and South America.

Mr Tasana also studied the violin with Kathryn Lucktenberg at the University of Oregon, where he was a Graduate Teaching Fellow, Concert Master of the University Symphony Orchestra as well as 1st violinist with the Eugene Symphony Orchestra, the Oregon Mozart Players and the Collegium Musicum Ensemble. He graduated with a Master of Music degree and received the Outstanding Graduate Performer Award.

With a scholarship from the Classical Music Education Supporting Fund under the patronage of HRH Princess Galyani Vadhana, he attended a master-class at the Crescendo Violin School for professional musicians in Germany.

Upon returning home, Mr Tasana became a founding member of the Faculty of Music at Silpakorn University, and has also served as Director of the Silpakorn Summer Music School (SSMS) since 2005. As a professional musician, he has performed major violin concerti with Thailand’s leading orchestras, and served as Concertmaster of the Bangkok Symphony Orchestra under Hikotaro Yazaki for 10 consecutive seasons.

In recent years he has concentrated his efforts on chamber music by introducing a repertoire hitherto unfamiliar to Thai audiences. He has been intensifying his international career with his involvement as faculty member and chamber performer in the Estate Musicale Frentana in Lanciano, Italy, since 2011.

He has also twice given recitals at the historic Mendelssohn House in Leipzig, Germany.

Despite his numerous involvements and accomplishments, he loves to travel and spent a week driving around Tuscany in a bright red Fiat 500 last summer.

“I admire all professional musicians who love their job, which is not easy. When music making becomes a repetitive and routine job, it is not a healthy place for a musician to be. As a musician, I can tell if a person loves their career and their image more than the music itself.”