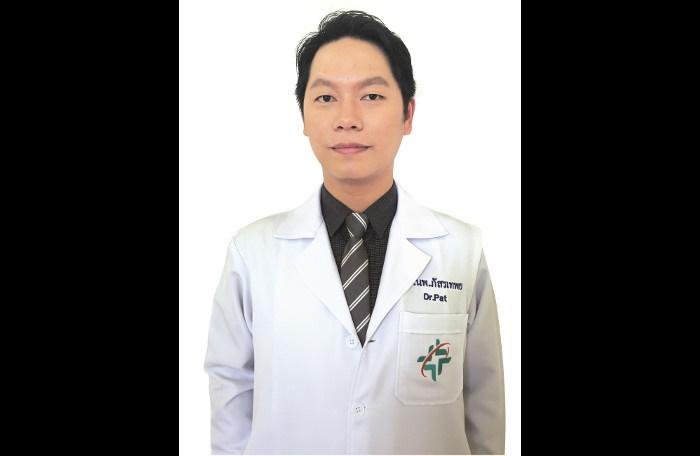 PHUKET: Dr Passaratep Anuruk-paiboon MD, Dsc (or Dr Pat, as he is better known), is the director of dermatology and chief dermatologist at Phuket International Dermatology Institute (PDI) at Phuket International Hospital. He is originally from Bangkok, but was raised in Samui for about five years. After getting his medical degree from Mahidol University in 2003, Dr Pat began working in Ranong, where he was soon appointed as the hospital director of a 30-bed public hospital in Kraburi District.

He started to pursue dermatology in 2005 after visiting his uncle who had been practicing in San Diego for 30 years.

“Back then I wanted to experience different fields to see which one I liked. Originally, I wanted to be a pediatrician, because when I was young, I had an asthma attack and had to have treatment once a week for two and a half years. The doctors and nurses really helped me, so I felt like this would be a rewarding field to pursue,” says Dr Pat.

He first started out in cosmetic dermatology about 12 years ago. He practiced for five years in Bangkok and then enrolled at Boston University (BU) for his PhD to move beyond cosmetic treatments and learn more about skin diseases. Although he never attended an international school, he is proficient in English because of his varied group of friends and his interest in learning through movies and music. This helped him pass his admission test for BU.

“I’m very glad and grateful that I made the decision to study at BU. There were 13 medical schools in Thailand at the time, only half of which could provide dermatology training. Whereas in Boston and New England there were several world-class dermatology training programs such as Harvard, BU, Tufts University, University of Massachusetts and Yale. Boston is the motherland of dermatology and I got a chance to learn from world renowned dermatologists,” he says.

His mentors at BU, Dr Barbara Gilchrest, Dr Thomas Ruenger and Dr Amal Kurban, were some of the foremost experts in dermatology.

“The good thing about being in Boston is the variety of people you get to treat, and fortunately, it’s the same here in Phuket. For instance, between December and February, I saw patients from 59 different countries,” says Dr Pat.

Dr Pat feels that most people believe dermatology only covers the aesthetic aspect of treatment, whereas it is much more than that. He says that while it is important for people to look good and be confident in their appearance, dermatology goes beyond that and can help improve people’s quality of life.

“I had an Egyptian patient who had a rare disease known as pemphigus vulgaris that caused burns on his body and mouth. Other doctors couldn’t even give him a diagnosis, but fortunately I had encountered a similar case in BU and was able to treat him,” he says.

His vision is to make PDI a hub for dermatology at reasonable prices and good quality. He also believes it is important to make sure the treatment you’re getting is safe and effective.

“There are cheap treatments available in the market, but they may not always be safe. Here, we try to make the cost as reasonable as possible and strike the right balance between quality and image,” he says.

He also likes to educate his patients, not just prescribe medicine, so they can change their behavior and lifestyle to treat the cause of the problem. Most importantly, he says you must never ignore any symptoms of skin disease.

“It’s always better to get yourself checked in the early stages of any disease. If it’s detected early enough, we can treat it,” he says.