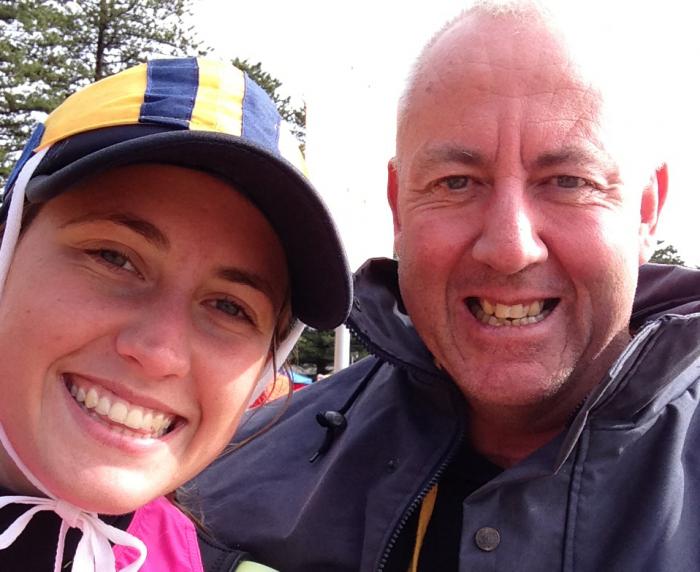 PHUKET: Two Australian heroes have revealed themselves to the media almost a month after they saved the life of a Canadian tourist on a day-trip to Phi Phi Island.

When Mike Reynolds, 73, suffered a drowning-induced heart attack, it was Sophie Gollan, 18, and her father, Jason who performed the cardiopulmonary resuscitation (CPR) that kept him alive until he could reach Phi Phi Hospital.

In the chaos that ensued, Mr Reynolds’ family did not have a chance to properly thank the Gollans, and when they started searching for the pair days later, they were limited by the scant details they were able to remember.

Then the Reynolds told their tale to the Gazette, and the story quickly found its way into the Sunday
Telegraph in Sydney, Australia.

The newspaper published the Reynolds family’s call for the life savers to step forward so they could be properly thanked for saving their beloved father and husband.

Sophie got word of the article and quickly texted her father, who was dumbfounded.

“When I got a text message Sunday morning, saying, ‘page 27’, I had to read the article four times – I couldn’t believe it,” Mr Gollan later told the Daily Telegraph.

“The pair had no idea their efforts ultimately saved Mr Reynolds’ life until… they saw the Sunday Telegraph describing how the British Columbia family were trying to find them to thank them,” the newspaper reported.

After three weeks of long days and nights at the hospital, the Reynolds were finally able to talk to the Gollans and express their deep appreciation.

“To have spoken with [Mr Reynolds’ wife Dora] was amazing,” Mr Gollan told the Gazette. “Her words of thanks and gratitude were warm and meant so much to us.”

“The Reynolds family and their extended family and friends have been amazing with their comments and thanks, and we feel as part of their family in some connected way.”

The new friendship made between the two families hailing from opposite hemispheres was a “whirlwind” experience.

“To have a loved one go through such an ordeal will stay with them forever, and Sophie and I
are so glad we could offer them a little bit of hope,” said Mr Gollan.

Memories of that day in the water will stay with the Gollans as well. It was a day Mr Gollan described as “nothing short of chaotic”.

He and Sophie “did what needed to be done at the time,” Mr Gollan said. “Mike was in real trouble.”
Until that day Sophie had never performed CPR in a real emergency and never under such tremendous pressure.

“Her training kicked in from the moment we commenced. As a Life Saver I am extremely happy that her years of training showed that day, but as her father, I am so very proud of her,” he said.

Mr Reynolds was saved by two strangers who, without hesitation, answered the call of duty; and on May 15, after nearly a month in the ICU, he was able to leave Phuket with his medical team and fly home to Canada.

“As Mike is now [home] and his next journey of recovery commences, all of us wish him and his beautiful family the very best, and we know that their love will pull them through the times ahead,” Mr Gollan said.

Hold on to your skirt!

Get married in the traditional Phuket Baba style (video)