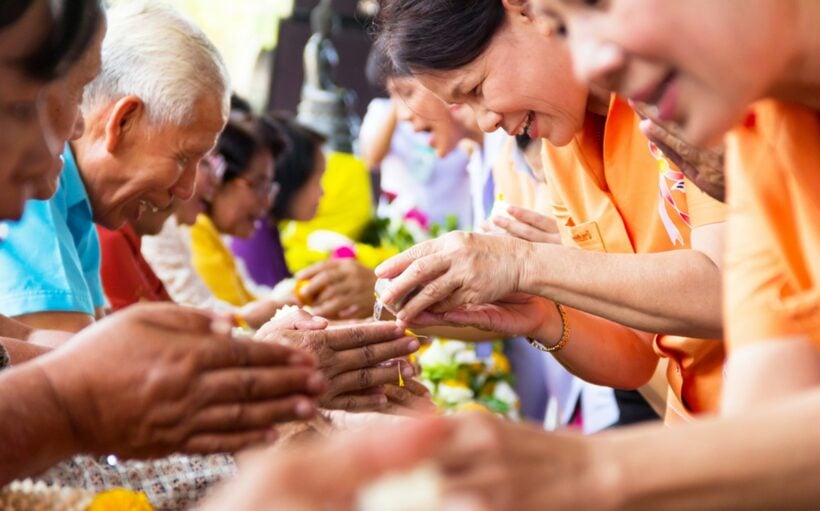 By Pranee Sakulpipatana, AKA Ajarn Pranee

Songkran is one of the happiest festivals celebrated by Thais. When I was young and lived in Phuket, I always found the Songkran celebrations in other provinces such as Chiang Mai to be very unique and beautiful.

Over the years Phuket has grown into a hub filled with Thais from all corners of the country living and working here, so the Songkran celebrations have similarly evolved. These days people in Phuket celebrate Songkran the same way as people in the northern and northeastern provinces.

Although Songkran is considered a very Thai tradition, the festival is strongly influenced by Hindu traditions, as is Buddhism, which arrived in Thailand from India hundreds of years ago.

The festival is a celebration of traditional ways of life and one of the most important aspects of this festival is taking the time to pay respects to our ancestors.

One of the most important activities during the Songkran festival is paying respects to the elders in the family and community by sprinkling scented water on their hands.

This is just one of the many traditions that make Songkran so much fun. It is, after all, the new year, so celebrations are in order.

My sincere hope is that the younger generation of Thais fully understand the history and traditions of Songkran, so they can help preserve this very important aspect of Thai culture promoting good actions and good manners.

Let’s hope Songkran lives on as a unique aspect of our culture for many more years to come.

Songkran activities around the country