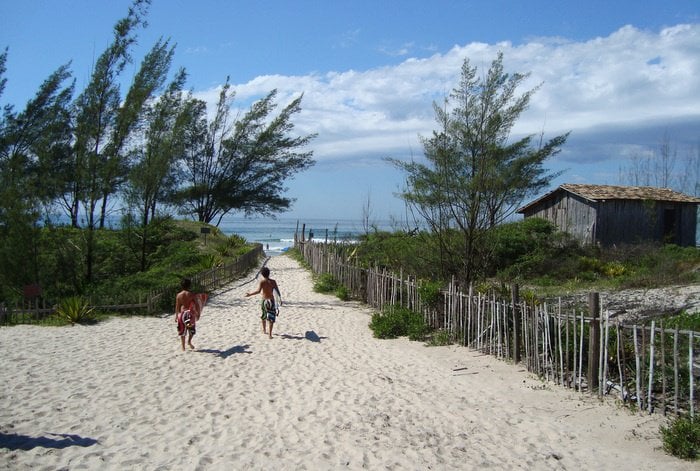 Daniel Galera’s novel Blood-Drenched Beard (The Penguin Press, New York, 2014, 374pp) is the latest disappointment. The prose is pedestrian, the pace leaden and the plot improbable, shading into preposterous. The entire mess limps along in a wild overabundance of unnecessary detail. The kindest word to apply to the novel is mediocre.

Like Erico Verissimo, Daniel Galera is from Porto Alegre, capital of Brazil’s southernmost state of Rio Grande Do Sul. Descendants of Azorean Portuguese, Germans, Italians and Poles, the people here are called gauchos and speak a Spanish-inflected Portuguese influenced by Argentina and Uruguay. Galera’s novel does have a strong sense of place: he brings to life the coastal villages and densely forested hinterlands of Santa Catarina, just north of Rio Grande do Sul.

For some reason, Galera insists on leaving his protagonist unnamed, referring to him simply as ‘he’ which causes all manner of confusion when other characters enter the picture and it’s unclear to whom the pronoun refers.

The novel opens with the protagonist meeting his father in a remote town in Santa Catarina. The father tells him that he is dying and intends to commit suicide. His only request is that his son take his old dog Beta to be put to sleep by a vet.

He also tells his son the strange story of the death of his own father who had come to live in a small fishing village called Garopaba. His temper and knife-fighting skills had made him unpopular among the menfolk and one night at a dance, they turned off the lights and plunged a great many knives into his body. The year was 1969.

Our hero looks like his grandfather, especially when he grows a beard. So after his father’s funeral, where he refuses to meet his older brother Dante, who has stolen his girlfriend Vivienne, he goes to live on the beach in Garopaba too, hoping to learn more about his grandfather’s fate. Like many towns in Thailand, Garopaba is in the process of transforming from a fishing village to a tourist resort. The 2008 tourist season has just ended with the onset of the antipodean winter.

Our hero brings along the dog Beta and gets a job as a swimming instructor at a health club. A physical education teacher, he is also a triathlete, having competed in Hawaii’s Iron Man contest. He soon lands a girlfriend, Dalia, a tall, pretty, curly-haired single mother who works as a waitress in a pizzeria. Here’s the culmination of their romance, told in typically clumsy prose:

“He kneels next to the sofa Dalia is sitting on and kisses her. The bitter coffee tastes nice in her saliva. They shoo away the dog, close the living room shutters, take off their clothes, and are soon in the bedroom.”

This is on page 82. There are 300 more pages to go, mostly wheel-spinning. The hero attends a folk music concert, a county fair, a travelling circus, a whale-watching voyage. He dumps Dalia, falls in love with a beautiful black graduate student, and is dumped by her in a wildly improbable series of events involving buried treasure and dreams which predict a fatal future. He makes a few friends, but the locals evade his questions about his grandfather: “Everyone he has tried to talk to about his grandfather’s death now ignores him. Some watch him with hostile looks as he walks through the village center, while others greet him with exaggerated friendliness. At times he worries that he is being paranoid.”

Halfway through the book, he receives a tip from a journalist friend that the policeman who
investigated the murder is now retired in a nearby town. He learns that his grandfather actually rose from the blood-soaked dance floor and ran out to disappear in the ocean. Then he gets even more improbable news from his grandfather’s old girlfriend, who is now dying of cancer. I don’t want to spoil the climax, but it was a long, slow, torturous way coming. And not worth the trip.