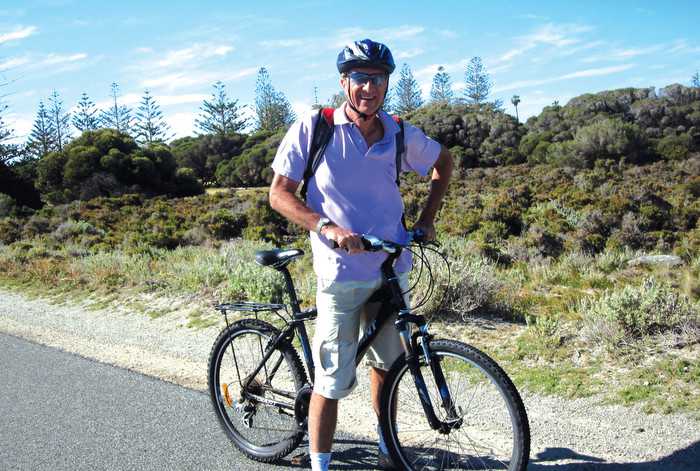 PHUKET: At first blush you’d be hard pressed to find a link between Phuket’s Chalong area and the world-famous Australian wine-producing region of Hunter Valley, some three hours’ drive north of Sydney. But there’s certainly one strong link in the friendly form of Greg and Liz Johnson, the founders of Delish Cafe located in the Fisherman Way Business Gardens on Rawai Road.

Greg and Liz moved to Phuket some years ago and decided to open Delish Cafe in December 2010, as exactly the sort of friendly Aussie-style hangout that they themselves would like to frequent.

Their hands-on dedication and friendliness have turned Delish into one of Phuket’s best cafes, and every day it’s full of happy locals and visitors alike enjoying superb breakfasts, Liz’s wonderful home baking, some of the island’s best coffee and the warm welcome they receive when they walk in.

Before moving to Phuket, Greg was a well-respected winemaker at the iconic Rothbury Estate in the beautiful Hunter Valley, and Liz opened and ran the first winery restaurant in that part of the world – the famous “Happy Valley” at the Drayton’s Winery.

Delish is a popular hangout for cyclists in the south of the island, and one day, as I was re-hydrating there after a ride, I happened to mention to Greg and Liz that I was heading “Down Under” with my bicycle. The Johnsons immediately suggested that I do a bit of cycling around their old stomping grounds, the Hunter Valley, and gave me a few local celebrities to look up, if I made it there.

So it was that I flew into Sydney a few weeks ago to re-discover the joys of biking around that quintessential cyclist-friendly city where thousands of residents regularly bike to work, or to the ubiquitous beaches for sport, recreation and fun. There are many wonderful parks, and cycle tracks seem to run everywhere, including over the Harbor Bridge itself and along the harbor foreshore, allowing marvelous vistas of the iconic waterway and its famous Opera House.

One reason for being Down Under was to take my godson for an evening Harbor Bridge climb to celebrate his 19th birthday. This we achieved on a fabulous October evening, with the city lighting up below us as we scaled the curving steel arches into the heavens – and as a huge cruise liner
departed from its berth and steamed up the harbor with a thousand camera flashes popping pictures from its decks of us on the bridge climb above them.

I subsequently drove to the Hunter Valley and found one of the bicycle rental shops which seemed to be everywhere as I travelled around in Oz. I hired a good mountain bike in the town of Cessnock and set off to cycle through some of the various wineries of this beautiful river valley. Not only is this a great source of exercise to counteract all the drinking and eating that you tend to do in the Hunter, but it gets you up close and personal with the rolling green hills, lush vineyards, blue skies and fresh country air.

You can plan your ride around, as I did, by visiting various winery cellar doors, tasting the fine local varietals as you go. This, of course, has a built-in constraint as the local police are certainly on the look-out for imbibers who have gone over the limit… whether they are in charge of a car, or indeed a bicycle!

After a three-hour morning ride, I cycled west of Cessnock over to the stunning Mount View peak in the Brokenback Range and toiled uphill for a half an hour.

My reward greeted me when I breasted a green hillside along a dusty unpaved road, as I cycled through the gates of “Bistro Moline”. The famous owner, Robert Moline, was initially recruited by Liz Johnson of Delish Cafe when he moved to the Hunter from France in 1973, and Liz had suggested that I look him up.

Robert went on to become one of the most important pioneers of the wonderful cuisine for which the Hunter is now famous and received The Order of Australia for his endeavors.

As I sat down to a fabulous lunch washed asunder by a light wine from the Briar Ridge Vineyard, the vines of which were spread out before me, I realized that Phuket is the most amazing place for making possible the serendipitous sort of connections that had led me here.

And so I raised a silent toast to Greg and Liz back at Delish in Chalong and wondered how I was going to get my bike back to the rental shop after such a delightful liquid lunch.

Balance Matters: Phuket knows the many faces of infidelity