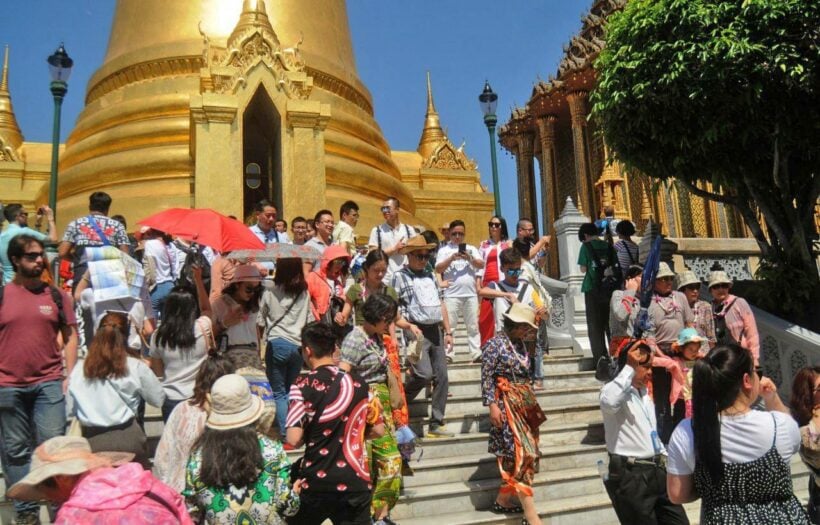 In April alone arrivals were 3,092,725. This is up 9.38% year on year according to the Ministry of Tourism and Sports Permanent Secretary, Pongpanu Svetarundra.

The top ten feeder countries in April are the same as the months before – China, Malaysia, Laos, Russia, India, Japan, South Korea, Vietnam, US and UK.

Chinese passenger arrivals were up to nearly one million in April alone, up 32%, year on year. Critics are saying the country should scale back promotions in China’s low-priced package tour markets and reduce the threat of ‘mass tourism’ by any single market.

Russian passenger growth is up 19% for the month of April.

South Korea arrivals are stable, declining a negligible 0.47%, but the 12.84% decline in UK visits to 87,000 would be a concern as the TaT look at the long-term visitor mix. China, Russia and Malaysia tourism provides the greatest revenue for the Kingdom with earnings from the Chinese tourists significant because their visits are usually much shorter than other tourists.