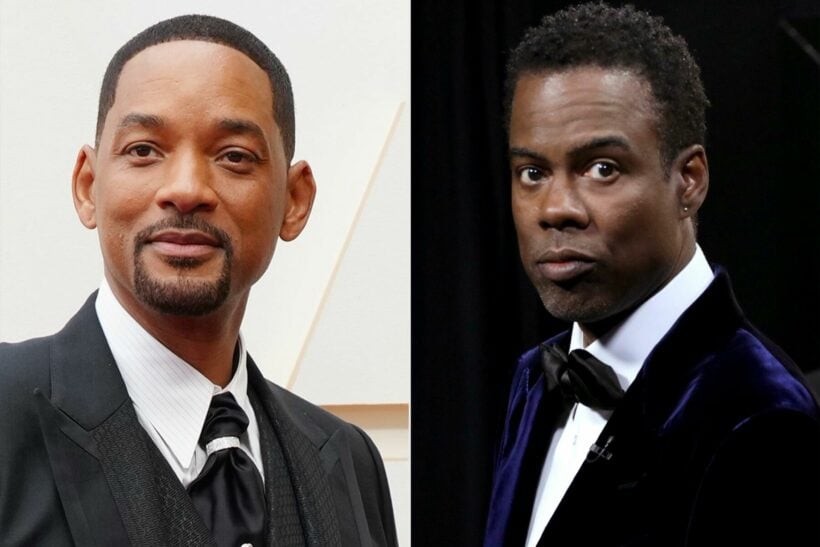 Will Smith and Chris Rock, photo by Entertainment Weekly.

Will Smith announced yesterday that he has resigned from the Academy of Motion Pictures Arts & Sciences. The actor posted an apology on Instagram the morning after he slapped comedian Chris Rock on stage. Millions of people across the world viewed and commented on the dramatic incident, quickly making viral memes out of the photo of Smith slapping Rock.

Now Smith says he wants to commit himself to changing his behaviour. The Academy of Motion Picture Arts and Sciences, who run the Academy Awards, or Oscars, released a statement yesterday saying it will move forward with disciplinary proceedings against Will Smith for violations of the Academy’s standards of conduct, ahead of its board meeting on April 18.

For his part, Smith says changing his behaviour will take time.

“Change takes time and I am committed to doing the work to ensure that I never again allow violence to overtake reason”.

He added that he will accept whatever consequences the Academy’s board deems appropriate.

Smith slapped Rock in a spontaneous outburst after Rock made a joke about Smith’s wife, Jada Pinkett Smith. Jada suffers from alopecia, a disease that develops when the body attacks its own hair follicles. The disease can cause hair loss anywhere on the body. At the Academy Awards, Rock jokingly called Jada “G.I Jane”.

Pundits say the Academy is likely to sanction the actor with a temporary membership suspension. But it’s unlikely that his award for Best Actor will be revoked, following the tradition of awarding industry professionals for their work, not their lives (i.e. Roman Polanski and Harvey Weinstein).

butterfly
don't think it was a stunt, Will Smith is that desperate
Fanta
omg & lol … A black man hits a black man over a black woman and it’s clear, to some, that racism is to blame. This is not an April Fools day article. https://www.abc.net.au/news/2022-04-03/will-smith-slap-oscars-chris-rock-racial-trauma-violence/100957578
HiuMak
Unnecessary drama but good publicity. He will be back anyways.
Fanta
Oh Willie, what have you done? 🤨 “Bad Boys 4” paused and Netflix backing away from “Fast and Loose” https://www.nbcnews.com/nightly-news/video/bad-boys-4-on-pause-after-will-smith-s-slap-136898117548

Pinetree
6 minutes ago, Fanta said: Oh Willie, what have you done? 🤨 “Bad Boys 4” paused and Netflix backing away from “Fast and Loose” https://www.nbcnews.com/nightly-news/video/bad-boys-4-on-pause-after-will-smith-s-slap-136898117548 With a little bit of imagination, they could incorporate that slap into the movie. Oscar…

Thai swimmer recovering after being ‘speared’ by Needlefish in Trat