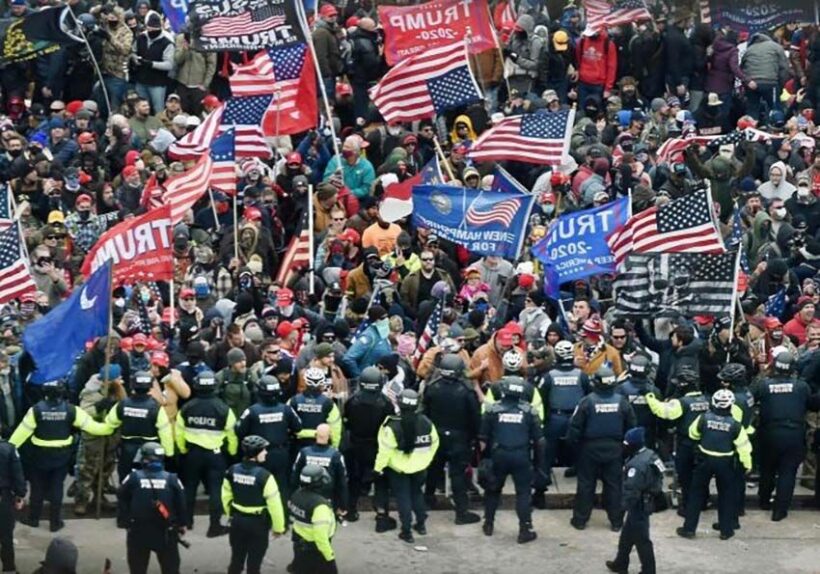 A day after thousands of Trump supporters stormed the US Capitol building, the country experienced its deadliest day since the Covid-19 pandemic began, recording 4,000 deaths from the virus. And health experts say those figures are certain to get worse, describing the unprecedented rampage through the Capitol as a textbook super-spreader.

Thousands of protesters crowded together, forcing their way into the building, with most not wearing any face coverings and certainly not social distancing. Following the break-in, legislators who had gathered to confirm Joe Biden as the next US President were evacuated and also crowded together, with many not wearing face coverings. Eric Toner from the John Hopkins Center for Health Security says the event is certain to lead to a significant number of new cases, although the spike may not register given the huge number of cases already being recorded on a daily basis.

“This was in some many ways an extraordinarily dangerous event yesterday, not only from the security aspects but from the public health aspects, and there will be a fair amount of disease that comes from it. It is a very real possibility that this will lead to a major outbreak but one that we may or may not be able to recognise. All the cases to likely derive from this event will likely be lost in the huge number of cases we have in the country right now.”

The US now has over 132,000 patients hospitalised with Covid-19, but the Trump followers who descended on Washington on Wednesday appeared unperturbed by the risks. One 73 year old war veteran said he was as scared of Covid-19 as he would be of a butterfly. Meanwhile, when a Biden supporter who’d arrived for a counter-protest offered a Trump supporter a face mask, the offer was snubbed. “Oh, you believe in the mask hoax?” the Trump follower replied.

Health experts have also pointed out the difference between the Trump supporters’ rally and previous protests involving the Black Lives Matter movement. At Wednesday’s event, fewer people wore masks and the risks were further increased by them being crowded together indoors. Jonathan Fielding from the school of Public Health and Medicine at UCLA says the Trump rally provided the virus with the perfect conditions for spreading.

“If you wanted to organise an event to maximise the spread of Covid, it would be difficult to find one better than the one we witnessed yesterday. You have the drivers of spreading at a time when we are bearing the heaviest burden of this terrible virus and terrible pandemic.”

Meanwhile, Pennsylvania Representative, Susan Wild, has described the moment lawmakers in the building were ushered to safety, with 300 – 400 people having to crowd together in an unspecified location.

“It’s what I would call a Covid super-spreader event. About half the people in the room are not wearing masks, even though they’ve been offered surgical masks. They’ve refused to wear them.”

Wild declined to name the legislators who were not wearing masks, other than confirming they were Republicans.

“It’s certainly exactly the kind of situation that we’ve been told by the medical doctors not to be in. We weren’t even allowed to get together with our families for Thanksgiving and Christmas and now we’re in a room with people who are flaunting the rules.”

Kansas Representative, Jacob LaTurner, a Republican, has since tested positive for Covid-19.