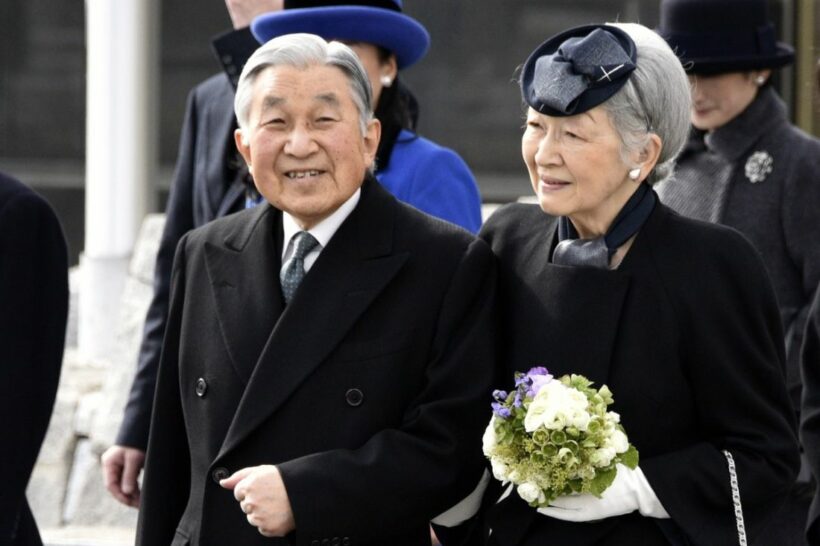 Thailand’s not the only country with special royal occasions this week.

For the first time in more than 200 years, Japan’s emperor will abdicate today. His son will ascend the Chrysanthemum Throne which ushers in a new era for the world’s oldest monarchy. The historic abdication has resulted in an unprecedented 10 day holiday for Japan marked as special days to celebrate the new emperor combined with the traditional “Golden Week” celebrations each May.

At precisely 5pm local time, the 85 year old Akihito will formally step down in a 10 minute ceremony in the “Matsu-no-Ma” (Room of Pine) in the sumptuous Imperial Palace.

The ritual will be conducted in the presence of the imperial regalia — an ancient sword and jewel — considered crucial evidence of an emperor’s legitimacy.

But Naruhito will not become emperor of Japan midnight tonight. Then he will “inherit” the regalia at a second ceremony tomorrow at 10.30 am before making his first official public remarks shortly afterwards.

The popular Emperor Akihito stunned Japan when he announced in 2016 that he wanted to give up the Chrysanthemum Throne, citing his age and health problems. Since then he has been treated for prostate cancer and has also undergone heart surgery.

There have been abdications in Japan’s long imperial history, which has mythological origins and stretches back more than two millennia, but the last one was more than two centuries ago.

Akihito sought to modernise the imperial family in Japan, which has a sensitive position given the role his father Hirohito played in Japan’s militaristic past.

He and his wife Empress Michiko won plaudits for a popular touch, notably comforting people affected by the 2011 earthquake, tsunami and nuclear meltdown that devastated whole swathes of east Japan and killed thousands.

Images of the couple kneeling and bowing to those in temporary shelters gave some heart to the stricken nation and Akihito took the rare step of giving a televised address to reassure his people.

In 1989, when Akihito ascended the throne, Japan ruled the world economically in the middle of a technology-fuelled boom that caused soaring land prices and sparked wild cost comparisons: the Imperial Palace grounds were worth more than all of Canada. Now, Japan’s population is in decline and it is on course to become the world’s first “ultra-aged” society, with 28% of its population over 65.

Japanese have seized on the opportunity of the unusual 10 day break to travel, with airports and bullet trains packed and roads jammed. 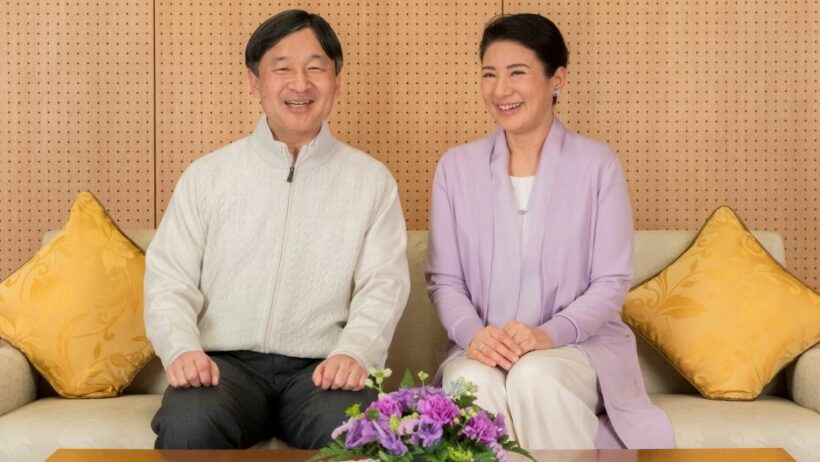