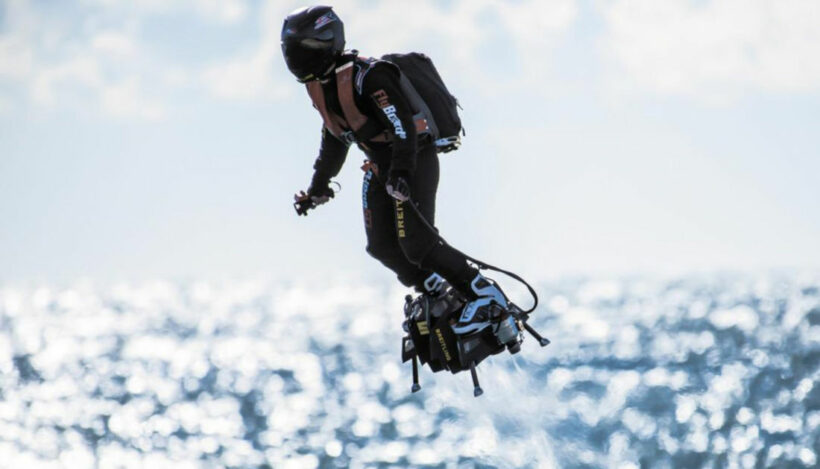 40 year old Frank Zapata, a former jet ski racing champion, decided to cross the English Channel. Some take the tunnel, some take a boat, some even swim. But Frank decided he’d fly, on a Flyboard.

He would need to refuel half way across in his attempt. So he took off yesterday on his Flyboard but mis-landed (if that’s even a word) on a platform mounted on a vessel located midway across the Channel for refueling, He was unhurt and just fell into the sea but his Flyboard suffered a few cracks and dints and will need to be rebuilt before another attempt.

“When I got closer to the platform, the boat took a wave and it hit the foot of the machine and broke it.”

He took off from Sangatte in France and was attempting to mark the 110th anniversary of the first aerial crossing of the Channel. The journey was meant to take only 20 minutes.

He says he wants to attempt the ‘flight’ as soon as next week.