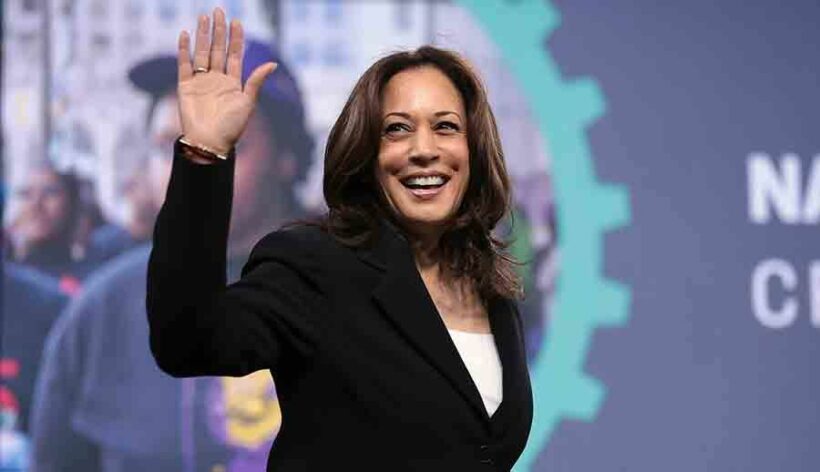 Joe Biden has chosen Senator Kamala Harris as his running mate in the race for the White House, making her the first woman of colour to run for vice president. The appointment of Senator Harris comes at a time of significant racial unrest in the US, with Harris widely seen as the candidate who will help win the hearts and minds of voters of colour, as well as the undecided, and Republican voters who feel they can no longer side with the incumbent, Donald Trump.

Harris is the daughter of Indian and Jamaican immigrants and has previously held the positions of San Francisco district attorney and California attorney general. She has been a strong campaigner for African-American families during the Covid-19 pandemic, and was instrumental in creating a bill to end police immunity from civil suits.

She has a good relationship with Biden’s son Beau, through their work as attorney generals, but has not been afraid to take his father to task in the past. Specifically, many remember the debate last year at the first Democratic primary debate, where she criticised Joe Biden for opposing mandatory busing, the practice of transporting pupils to schools outside their local districts in order to reduce racial segregation. She also took him to task over his praise of 2 segregationist senators.

“It was hurtful to hear you talk about the reputations of two United States senators who built their reputations and career on the segregation of race in this country.”

The two were quick to move on from the debate and make up however, as was evidenced when Harris was interviewed by talk show host Stephen Colbert and spoke about the possibility of being chosen as Biden’s running mate.

“Honestly, let me just tell you something: I will do everything in my power, wherever I am, to help Joe Biden win.”

For his part, Biden was seen with notes he’d made for himself about Harris, which included compliments such as, “talented,” “great help to campaign” and “does not hold grudges.”

Both Hillary Clinton and former president Barack Obama have praised the selection of Harris as running mate, with Obama appearing to take aim at President Trump with his comments.

“Joe Biden nailed this decision. By choosing Senator Kamala Harris as America’s next vice president, he’s underscored his own judgment and character. Reality shows us that these attributes are not optional in a president.”

For his part, Trump welcomed Senator Harris to the race by calling her “phony Kamala”, while tweeting an ad created by his campaign, that took aim at her more liberal views.

The formal nomination of Harris will take place at the Democratic National Convention, which kicks off next week, after which she will debate Vice President Mike Pence on October 7 in Utah.

Biden’s age (he will be 78 by the time Inauguration Day comes around) is a significant factor in this election. Were he to become president, he would be the oldest person to ever hold office and has already described himself as “a transition candidate”. Many Democrats have shown little enthusiasm for Joe Biden as their presidential candidate; hopes are now being pinned on Harris to fire up the campaign.

Senator Bernie Sanders, Biden’s last rival in the campaign to become the Democratic presidential nominee, is backing his choice of Harris as running mate. Ro Khanna, who helped run Sanders’ campaign, says Harris will win over Sanders’ supporters and that, despite what many see as her more centrist policies, they share many of the same views.

“She’s been very progressive on immigration issues. She wants to expand health care. She’s a strong voice on labour rights. And she represents a multiracial, multicultural future for the country.”