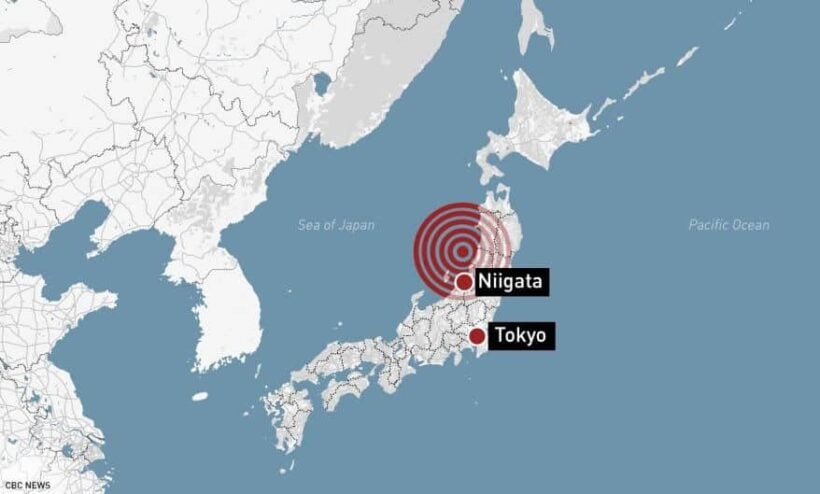 An earthquake has struck Japan’s northwest coast triggering a small tsunami, shaking buildings and cutting power to around 9,000 buildings in the area. The quake struck at 10.22pm. local time at a depth of 12 kilometres.

The magnitude 6.4 quake lasted for around 20 seconds. Damage included a landslide that struck a road, according to public broadcaster NHK.

Authorities lifted a tsunami warning for the region after waves several centimetres high were detected along the Niigata coast.

Tokyo Electric Power Kashiwazaki-Kariwa nuclear plant was not affected by the quake, which hit 85 kilometres northeast of the site. According to Japan’s national broadcaster, all of its seven reactors were already shut down. The quake also temporarily halted express bullet train services in the region, with some roads also closed.