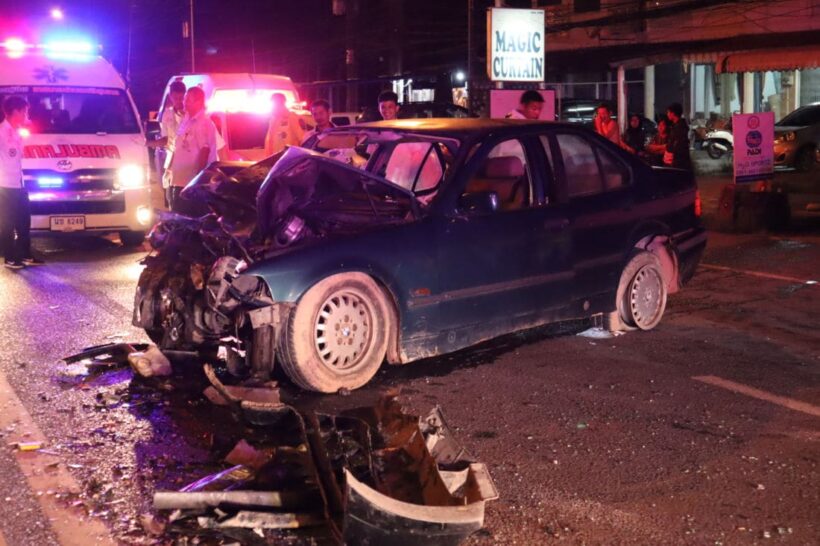 A passenger has died while the driver of the car has sustained injuries following a collision with a pickup truck in Thalang. Thalang officials were notified of the incident at 10pm last night on Srisoonthorn road at the Bang Jo Intersection.

Witnesses told police that the sedan was heading towards the Heroines Monument at high speed. The pickup truck was coming out from a side road trying to cross the main road. The sedan collided with the pickup truck. 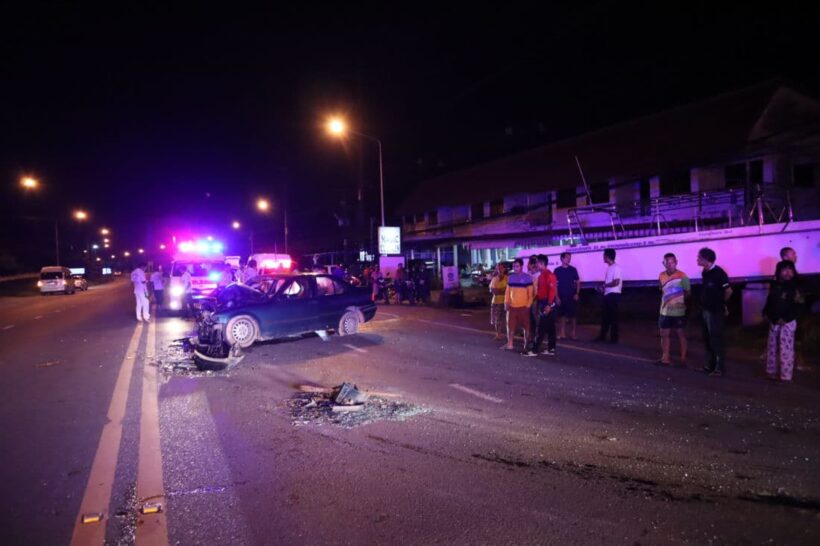 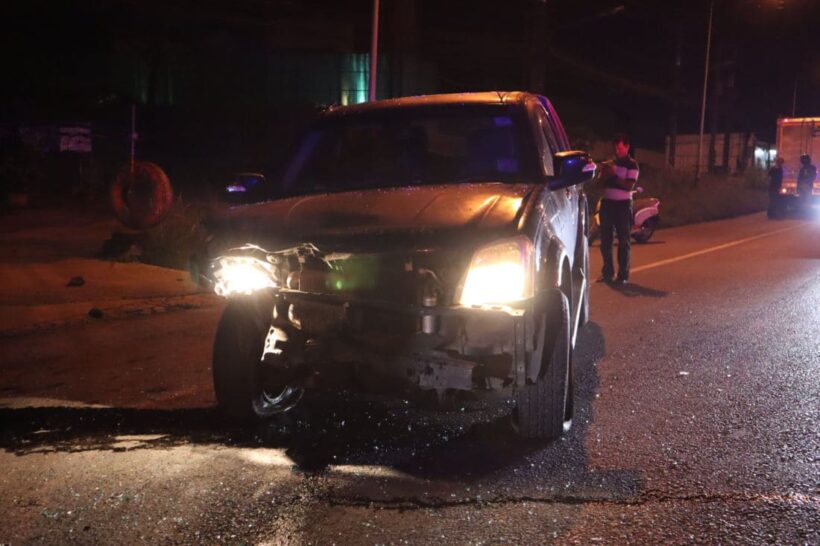 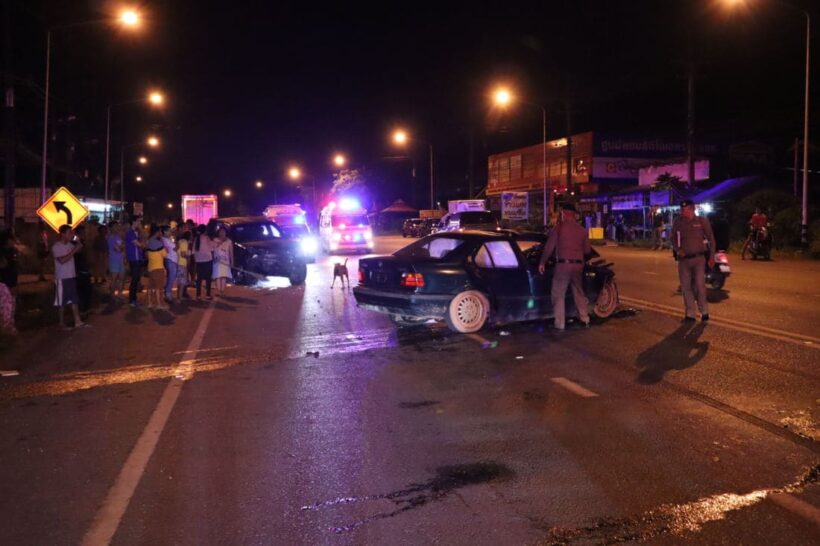 Pedestrian seriously injured after being hit by car in Kathu – VIDEO